Pokemon Gold and Silver release tomorrow on the Nintendo 3DS Virtual Console. While it appears the majority of players will be returning to the world of Johto, there may be a few new players among us. Either way, we could all probably use a quick refresher about the changes between the two versions. One of the hardest things to do when picking which Pokemon game to play is deciding which Pokemon mean the most to you.

Pokemon Gold and Silver each feature some exclusive Pokemon that may help swing your decision in a certain direction. These exclusives don’t just include Generation 2 Pokemon either, but it will also feature some Generation 1 exclusives as well. You might want to take a look at this list before buying your game.

The total number of Pokemon available in the games has been bumped up to 251 with this generation. Although you are able to go to Kanto this generation, you will not be able to fill out your Pokedex by just catching Pokemon. If you want to complete your Pokedex, you will have to do some trading with someone who has any of the Generation 1 titles on the Virtual Console. Most notably, you’ll have to trade to get any of the three starters from the previous generation along with the legendary birds, Mew and Mewtwo.

Outside of these differences, the games will play exactly the same. It all just comes down to personal preference but no storylines will be altered depending on which version you play. If anything, having another version will give you an excuse to play through the game again. Don’t forget to check out Pokemon Red, Blue and Yellow also on the Virtual Console if you haven’t already. 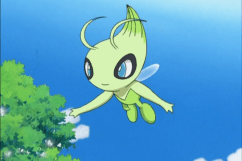