Similar to The Legend of Zelda: Breath of the Wild, Splatoon 2 is getting a bundle of its own.

On March 16, Nintendo is launching the Splatoon 2 Starter Edition which includes the base game and a couple of goodies which makes this a good purchase for newcomers to the game and even a worthy consideration for those of you looking for an extra copy.

Included with the Splatoon 2 Starter Edition is the base game, a 1oo-page strategy and two sheets of Splatoon stickers. The kicker on top of this is all of this will cost $59.99, which is also the cost of the base game by itself.

By purchasing the Starter Edition, players will get access to the normal Splatoon 2 experience but will also get a lengthy strategy guide which can be used to help gain the edge on new and experienced players alike.

Splatoon 2 launched as a Nintendo Switch exclusive last year and quickly became one of the best selling games on the console. The game itself is a follow-up to the surprise hit that was Splatoon on the Wii U. Splatoon 2 has sold more than 4.9 million copies worldwide so far.

The Starter Edition is not the only thing that is coming out but players will also get access to two brand new amiibo that will be coming out soon.

Pearl and Marina, better know as the hosts of “Off the Hook”, which also might be better known as the unskippable cutscene every time you start up Splatoon 2, are both getting their own amiibo. These new figurines will be releasing later this year as part of a 2-pack set later this year.

It is not yet known what function these two new amiibo will have in the game so we’ll have to stay tuned for that.

Although the Wii U didn’t charge for an online service, that is changing with the Switch and it will cost $19.99 once the service finally launches later this year.

Nintendo has mentioned the service will be worth the wait in a recent Q&A. You can read the question and Nintendo’s response below.

Q: This is a question about Nintendo Switch Online. The official start of the service has been significantly delayed, so has anything changed during this extended development period? Also, how do you plan to popularize the service:

We view the online service as one component of our efforts to diversify how our games are played and to get people to play more of our games. That is why we want to apply substantial resources to the online service, with the thinking that we will devote our energies to making this a for-pay service.

We have some ideas about how to make Nintendo Switch Online appealing when it becomes a for-pay service, so I think our next announcement will be worth the wait. 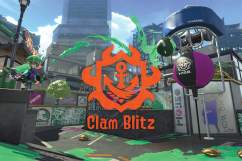 Splatoon 2 Clam Blitz Tips and How to Play