A new Nintendo Direct is upon us. The presentation will start today at 2 p.m. PT/ 5 p.m. ET.

Yesterday we found out that the Direct will focus on both Nintendo Switch and Nintendo 3DS games along with new details on Mario Tennis Aces. We also predicted that the rumored Diablo 3 port to Switch, Fire Emblem 2018, and a possible port of Dragon Quest XI would be announced. We could also see announcements for new Super Smash Bros. or Animal Crossing games (hey, a guy can dream).

We’ll just have to watch the Direct for ourselves. You can view the presentation below. We’ll be here updating you all with any news that comes out.

Warioware is getting a microgame compilation in the form of Warioware Gold on the 3DS. There will be over 300 microgames both new and old, making this the biggest entry in the series. You’ll be using the buttons as well as the stylus, tilt controls, and microphone. It’s coming August 3.

Dillon’s Dead Heat Breakers is a action/tower defense game where you race around as Dillon and take on waves of enemies. Your Mii characters along with the Miis of friends will help you out. May 10 will see the release of a demo and the full game is coming out May 24 on 3DS.

Detective Pikachu is available for pre-purchase and is launching March 23 along with the extra large amiibo figure.

The cult classic Luigi’s Mansion for the GameCube is being remade for 3DS. The sequel, Luigi’s Mansion: Dark Moon, was released on the 3DS in 2013. The remake will feature a boss rush mode and a map displayed on the bottom screen. Fun fact: according to the late Nintendo President and CEO Satoru Iwata, the game was compatible with an unreleased piece of hardware for the GameCube that allowed the display of 3D images. It looks like we’ll get a publicly released version of that feature for the game after all with the 3DS’s 3D capabilities. The game launches this year.

Kirby Star Allies will let you play as King Dedede, Meta Knight, and Bandanna Waddle Dee in multiplayer. Free updates will come to the game with playable heroes Rick & Kine & Coo (as one character), Gooey, and Marx coming on March 28 according to Nintendo of America’s Twitter account. The game is releasing March 16.

Okami HD is coming to Switch after being released for PC late last year. You can draw with the Celestial Brush using the touch screen in handheld mode or the Joy-Con motion controls in TV mode. It’s coming this summer.

Sushi Striker: The Way of Sushido is coming to Switch. You pile up plates of matching color sushi in conveyor belts and throw them at your opponent to defeat them. There’s online multiplayer in the game. It’s coming June 8 on Switch and 3DS.

Octopath Traveler includes the merchant Tressa who can obtain items from people by buying them. The apothecary Alfyn can inquire when talking to NPCs to acquire info others can’t. Heroes can combine their original job with a new one to create new abilities. The game will launch July 13 with a special edition containing the game, an eight page pop-up book, a music selection soundtrack, a double-sided map, and a replica of the in-game coins.

Travis Strikes Again: No More Heroes is a top down action game that has Travis Touchdown of No More Heroes fame exploring the world in a gaming console known as the Death Drive Mark II. The game features different gameplay mechanics depending on what level you’re in with a boss at the end of each level. The game includes co-op. The game is available sometime this year.

Praise the Sun! A Solaire of Astora #amiibo will also be released alongside #DarkSouls: Remastered on 5/25! pic.twitter.com/CcNgw69HyL

Amiibo is coming for the Dark Souls remaster on Switch. You can get the Praise the Sun gesture in-game by using the Solaire of Astora Amiibo. The game will have a network test allowing people to play the game early. The game and the Amiibo launches on May 25.

Mario Tennis Aces features more than 15 playable characters including Rosalina, Toadette, Bowser Jr., Boo, and even a Chain Chomp. The game has the same variety of shots from previous entries but adds a Zone Shot which lets you aim and shoot balls with motion controls. You can block Zone Shots but unless you do so with perfect timing your racket will deteriorate. Letting your racket deteriorate three times will break it, causing you to lose the match automatically unless you have other rackets. Zone Speed is essentially bullet time slowing down the world around you and letting you save balls. You can only use Zone Shots and Zone Speed if you have enough energy. Fill up energy slowly by keeping a rally going or rapidly fill it by doing a risky move known as a Trick Shot. Special Shot is an enhanced Zone Shot used when the energy gauge is full and can fully deteriorate the opponent’s racket in one hit. There are also additional game modes like one with basic moves only, a story mode with different course gimmicks like rings or piranha plants, and online multiplayer complete with tournaments that let you win new outfits and characters like Koopa Troopa. Motion controls are in the game a la Wii Sports Tennis. The game launches June 22. There will be a pre-launch online tournament.

Captian Toad: Treasure Tracker from the Wii U is being ported to Switch. It gets new Mario Odyssey-based levels like one based on New Donk City. There will be an assist mode using a second player tossing turnips at enemies. The game will also be ported to 3DS with 3D visuals and touch screen controls. Both versions launch July 13.

Beloved indie darling Undertale is being ported to the Nintendo Switch and is coming soon. The game was ported to the PS4 and PS Vita last year.

Crash Bandicoot N. Sane Trilogy is being ported to Switch. According to the official Crash Bandicoot Twitter account, the game is also coming to Xbox One and PC. It’s coming on those systems on July 10. The Switch port has been rumored for some time now with Kotaku stating last February that the game was tied to a one year exclusivity window for PS4 and will see multiple ports in 2018.

Little Nightmares: Complete Edition is coming to Switch on May 18. You can also have a Pac Man outfit by tapping the Pac Man Amiibo.

South Park: The Fractured But Whole is coming to the Nintendo Switch on April 24. All past DLC available and are sold separately or as part of the Season Pass. The Switch port was actually teased back in March 2017 on the South Park Twitter account.

Hyrule Warriors: Definitive Edition launches May 18, bringing the Wii U and 3DS game to the Switch.

We’re excited to announce the #ARMS US & Canada Online Open! 8 top players from the preliminary rounds will move on to the finals!

ARMS is getting a new US & Canada Online Open tournament in the game’s ranked mode from March 8 through 18. Another Global Testpunch will happen for three days starting on March 31 letting you play for free.

Nintendo Deputy General Manager and Producer Hisashi Nogami and Manager of Production Group No. 9 Kosuke Yabuki will make appearances at the Games Developers Conference on March 21 for the presentations “Splatoon and Splatoon 2: How to Invent a Stylish Franchise with Global Appeal” and “ARMS: Building Mario Kart 8 Insights into a Showcase Nintendo Switch Fighter” respectively.

Speaking of, Splatoon 2‘s version 3.0 will come in late April 2018. The update will see the release of 100+ pieces of new gear, the Piranha Pit and Camp Triggerfish maps from the first Splatoon, a new stage based on a theme park, and Rank X. You get to Rank X from S+ and more info about the new rank will come soon. Callie will appear in Octo Canyon if you meet certain conditions. The game will get a new single player expansion pack with 80 test facilities letting you play as an octoling known as Agent 8. The expansion will go into the deeper lore of the game. After playing the expansion, you can play as octolings. The expansion will come in summer 2018 and can be pre-purchased today for $19.99. Pre-purchasing will grant you the Octo Headgear and Clothes in-game.

The Pearl & Marina Amiibo 2-pack releases on July 13, according to Nintendo of America.

This teaser trailer features recognizable faces like Mario, Link, and the Inklings from Splatoon! The Super #SmashBros series is coming to #NintendoSwitch in 2018. pic.twitter.com/hac6PiQokR

Super Smash Bros. for Switch was announced. Splatoon’s Inklings will be fighters alongside what appears to be Mario, Link (possibly taking on his Breath of the Wild appearance), Bowser, Donkey Kong, Kirby, and more judging from the trailer. The game is coming sometime in 2018. 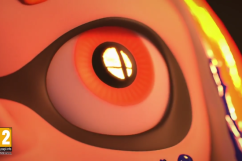 Super Smash Bros Switch Announced: Will It Be Just a Port?