Don’t make the mistake of labeling Kartrider Rush+ as nothing more than a braindead mobile kart racer.

While it may appear to be cutesy and oh so lovable, Nexon’s mobile kart racer can stand on the podium right next to legit console/mobile kart racers of its kind. If you feel the need for speed and want to zoom past the mobile competition on your phone/tablet, then Kartrider Rush+ Plus is definitely the game for you. This console-worthy kart racer comes jam-packed with all sorts of racing challenges that let you utilize a collection of nifty vehicles, endearing characters, and friendly pets. If you’re looking to come in at first place on the regular and get the most out of Kartrider Rush+’s numerous modes, then you’ve come to the right place.

Here are the top 5 tips, tricks, and cheats you need to know for Kartrider Rush+:

1. Hop Into the Training Camp to Improve Your Skills and Finish Each License Test to Compete at a Higher Level 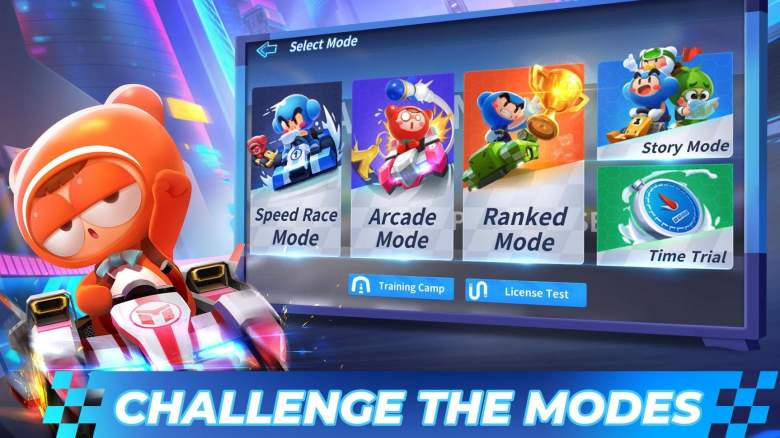 • As soon as you begin your mobile kart racing career in Kartrider Rush+, you’ll need to make your way through a mandatory tutorial mode. Once you’ve finished everything that needs to be done in that regard, don’t just head off into the game’s many playable modes quite yet. You’ll still need to get a handle of the basics when it comes to racing at your very best, so take an extended trip to the Training Camp in order to improve your on-road mastery and learn the game’s various racing skills.

• Once you’ve learned everything there is to know, head back out and try to complete one of the license tests. After passing a single type of test, you’ll be awarded with the license associated with that series of challenges and be able to compete in new multiplayer Speed Race channels. Spend an entire week winning Speed Race competitions and the four license tests so you can compete at the highest level before long.

2. Keep Your Kart, Racer and Pet Combination in Mind Before Each Race 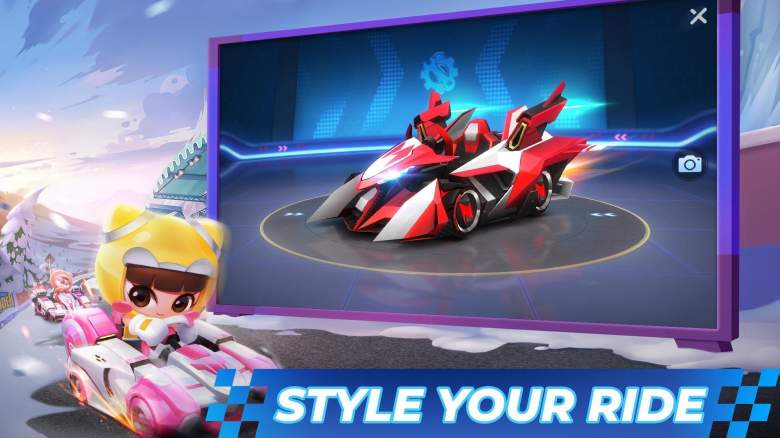 • What makes this mobile kart racer stand out is the fact that each kart, racer, and pet comes with their own attributes that make them much more preferable in certain racing scenarios. Before you decide to enter one of Kartrider Rush+’s varied race types, take a look at your kart, racer, and pet combination to see if they’re right for the challenge. Your karts come in two varieties – Speed Race and Item.

• For example, the Marathon car is great for basic races while the Skelemech is one of the better cars to utilize during Item Races. Be sure to take advantage of the cars in your collection that can only be used for a limited amount of time – before their temporary status is up, put their attributes to work and earn as many goodies as you can thanks to their help. Pour all your upgrades into your permanent rides when that option finally unlocks, by the way.

• Now let’s get into the topic of racers and pets. Slugger Dao provides a 5-percent boost in earned EXP and Lucci after competing in a race, plus he increases your multi boost duration by one point. He’s a great character to use in every type of racing challenge and especially comes in handy during Infini Boost competitions. A pet like Bitty Husky grants you a 25-percent chance of immunity to normal missiles, which makes picking him a smart choice for an Item Race. Racers and pets are also given to you for a limited time in some cases, so be sure to take advantage of their helpful attributes before their time is up as well. 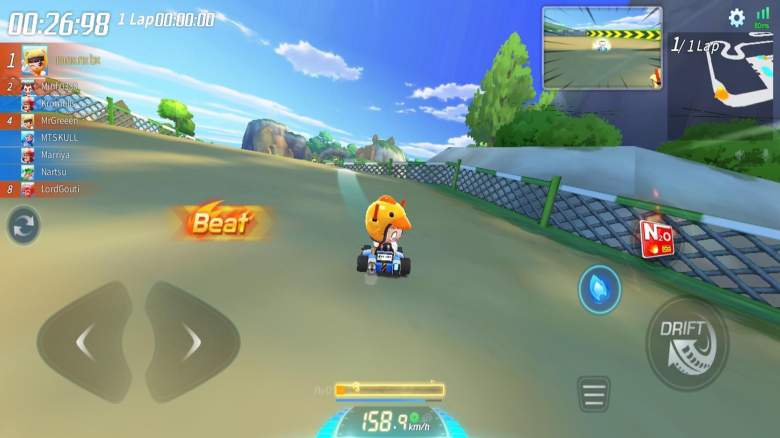 • The key to winning every type of race in Kartrider Rush+ is constant boosting. There’s the turbo booster that pops up at the end of the countdown at the start of a race. You can earn a blue flame nitro boost just by pulling off a clean drift maneuver. And you can earn a red nitro card boost by successfully drifting and filling the yellow meter at the bottom of your screen.

• You’ll need to become a pro at drifting if you want to have any chance of getting first place on a regular basis. Don’t forget to repeatedly tap the screen during long straightaways before a turn – you can earn a quick boost that way and push yourself into an even speedier drift when a turn finally arrives.

4. Become Sociable by Joining a Club and Making Friends So You Can Earn Even More Rewards 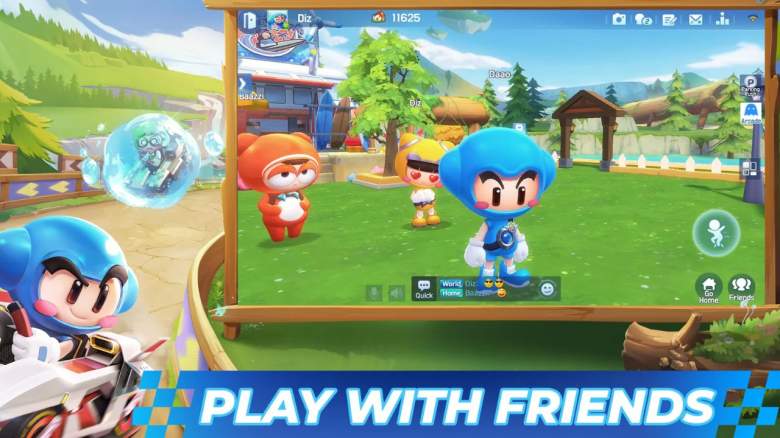 • The key to earning an extra serving of Kartrider Rush+’s many currencies is being extra friendly with the game’s massive community. After unlocking the Social tab, be sure to add as many friends as you can, make a few of them your BFF’s and also enter the Mentorship program when the chance arises.

• There are a few Quests associated with the Social system, so be sure to add a bunch of active buddies to your friends list so you can always fulfill those daily Social achievements. Join a Club once that feature unlocks so you can earn a daily reward and collect K-Coins and Outfit Medals from Club Quests. As for the Home feature, visit other people’s homes to complete one of the daily quests and play one of the mode’s minigames from time to time to earn even more awesome goodies!

5. This Daily Game Session Regiment Will Yield the Best Rewards 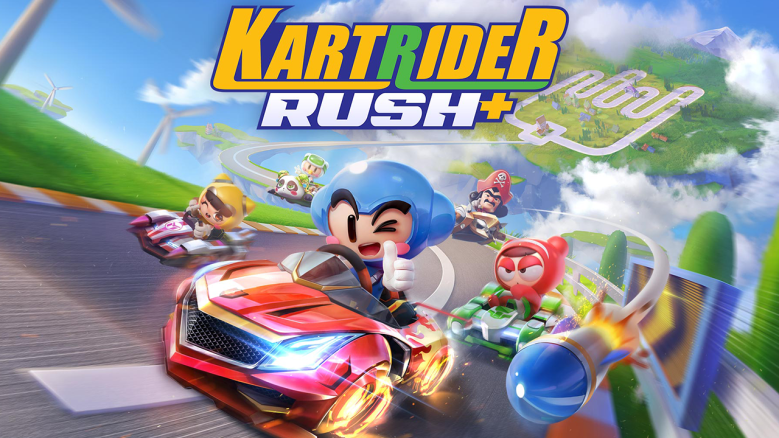 • There’s a whole lot to do once you start up a brand new daily session in this mobile racer. Leveling up your player level in order to unlock every mode should be one of your main priorities at first. Completing Story Mode races and earning every star for a single chapter is one of the quickest ways towards earning a ton of EXP and leveling up pretty quickly. You should make it a habit of always completing all of your Daily Quests within the Quests tab as well – fulfilling all of them on a daily basis helps you acquire extra EXP, Lucci and Season Points (this type of currency lets you upgrade your pass and earn better rewards during a single season).

• Be sure to take a trip to the Events section on the right side of the main menu to see what Daily Events achievements you need to complete – the weekday/weekend events and the Daily Elite Training events can usually be taken care of during a single play session. The other Daily Events can gradually be completed if you play the game on a regular basis, which will push you ever so closer to finally completing them and earning their valuable rewards.

• See that blue star tab on the left side of the main menu? Click on that every day so you can find out about the current program you’re participating in and make sure you complete the challenges associated with each day. The rewards that come from completing them are great, plus the eight-day Training Camp completion award is even better. And just like most mobile games, simply signing in every day will get you some super beneficial items.