While most of us are focused on what’s going on in the Marvel-themed season of Fortnite, there’s actually a few smaller things going on right before eyes that we should also keep an eye on.

Continuing the trend from seasons before, Epic Games has a series of smaller storylines playing out that rewards players for exploring everything the island has to offer.

There have been a handful of these stories so far in Season 4, beginning with the Coral Buddies who have now been revealed to be some sort of robots, and now continuing with gnomes and whatever the Event of the Year is.

If you’re a fan of bringing home an easy 20,000 XP, then you might be interested to know there’s yet another spot you can go to and claim that experience, and even a bit more. 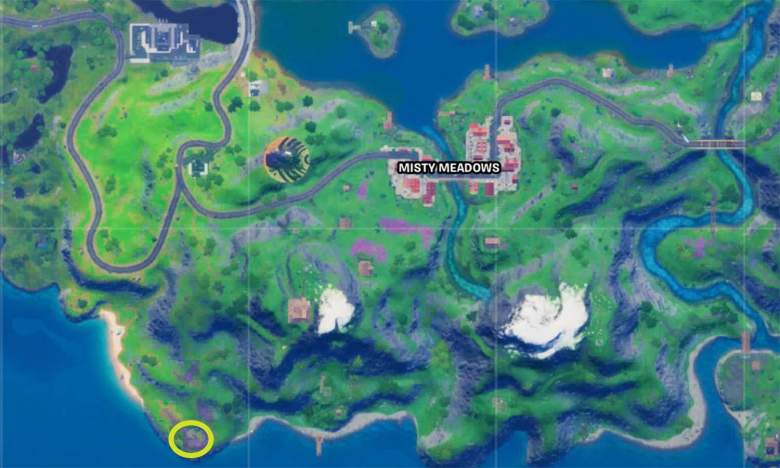 Located on the outskirts of the map, you’ll have to head on down to the southwestern tip of the island, just a little outside of Misty Meadows.

Here, you’ll need to join a gnome who is standing on stage with a barrel. After waiting for a little bit, the barrel will explode and you’ll complete the challenge. This one rewards you with 25,000 XP, so it’s a bit more than the Event of the Year and it’ll definitely help level up your Battle Pass.

This is certainly not the last we’ve seen of this storylines, so definitely keep an eye on more going forward.

What Exactly is Going on Here?

Considering this event ended with a bang as one of the gnomes blew themselves up, it’s hard to tell where they’re going to go next.

Obviously, the gnomes won’t really be able to put up much of a fight against Galactus, but maybe they’ll take their operations on a smaller scale and work under the radar.

It’s clear they are up to something, but whether it’s a good or bad thing remains to be seen for now.

Read More
Fortnite, Gaming News
There's another secret challenge in Fortnite called Gnom Talk and here's how to finish it.