You’re just in time to celebrate Fortnite’s third birthday, which might be hard to believe because it feels like just yesterday that the game just came out.

To celebrate, Epic Games is giving away a total of four cosmetics and 80,000 XP, all completely free of charge.

However, it’s a bit more difficult than just logging into the game, but you shouldn’t have too much trouble getting all of these challenges finished. They run until the end of September, so you don’t have to rush everything down in one day if you want to take your time.

One thing that will take some time is tracking down the various birthday cakes all along the map, but it’s not exactly as hard as you’d think.

Where to Find Birthday Cakes 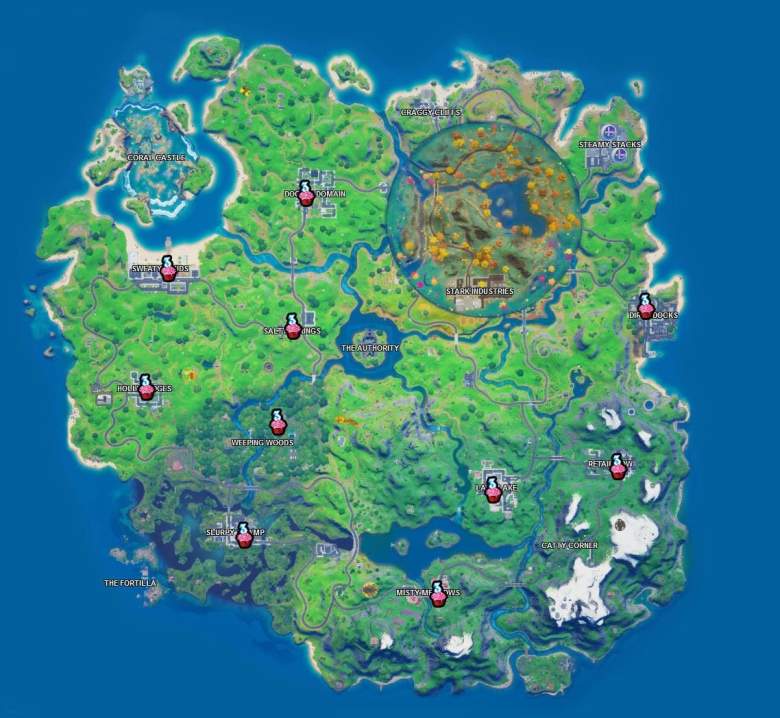 According to the fine folks over at Fortnite.gg, it looks like practically every named location will have a cake at it.

Upon landing, it won’t be very hard to track down as there will likely be several players immediately swarming around the giant cake. If you want to be that guy, you can easily pick up some eliminations and claim the cake as your own.

There aren’t many little plates of cake in front of the larger one, so it’s definitely a case of first come, first serve is you want to finish these challenges.

What Else is There? 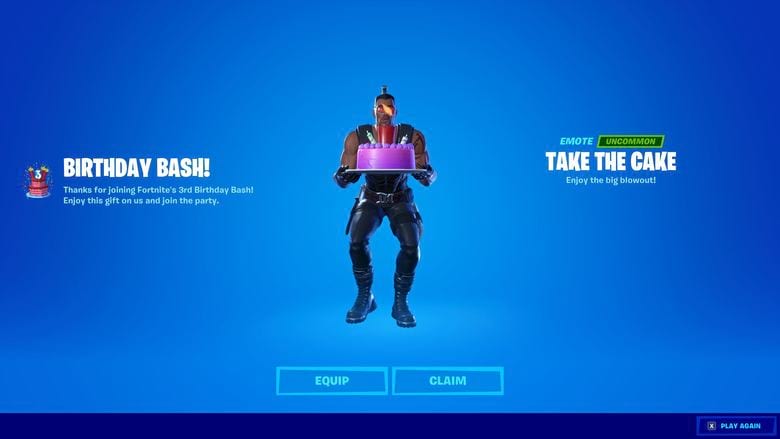 Just logging into Fortnite during the celebration will get you the “Take The Cake” emote free of charge.

The rest of the challenges will be finished off quite easily as you’ll have to do is play matches and outlive opponents, so just keep on playing the game as you normally would.

As if you didn’t already have enough on your plate, don’t forget that the special Rocket League crossover, Llama Rama, begins today as well! It’s definitely an exciting time to be a Fortnite fan!

READ NEXT: Where to Find Every XP Coin in Fortnite Week 5