Following the release of Fortnite v14.20, a brand-new hidden quest was made available and there’s another 20,000 XP up for grabs if you’re able to complete it.

Throughout Season 4, we’ve been tasked with tracking down gnomes all over the map, and while we don’t really know what their master plan is, we’re definitely getting closer to finding out exactly what they’re all about.

Located at the bottom of the henchmen hideout next to Heroes’ Park, there’s actually a hidden lair where the gnomes are holding their next meeting. Heading here will allow you investigate their new plan and earn some experience along the way.

Here’s where you can find this spot. 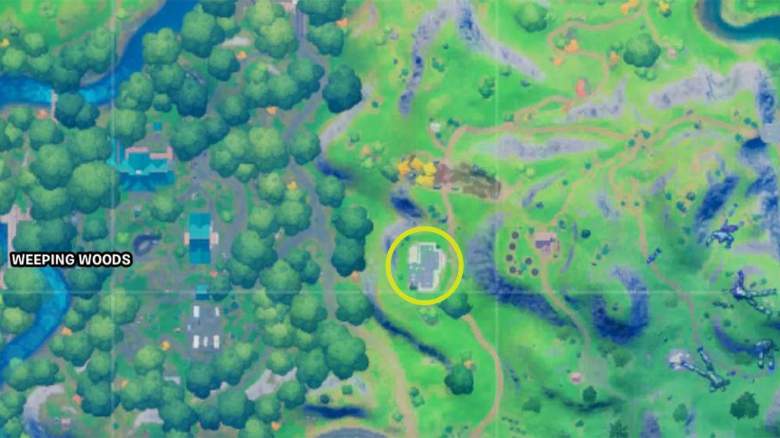 Epic  GamesHead all the way to the basement here.

To find this secret lair, you’ll have to head all the way to the basement of this area, which can be found to the east of Weeping Woods. Once there, open up a vent to the right and you will find yourself in a room filled with gnomes.

Upon arrival, you’ll be given 20,000 XP, but there’s actually a bit more going on in this room than what meets the eye. The most important thing to look at here is the map because that gives us a hint at what to expect from these gnomes.

It’s still pretty difficult to tell what’s going on for sure, but there’s definitely something mysterious happening here, we just don’t know what.

What’s The Next Step?

For now, it’s looking like we’re going to have to wait until the next week of challenges to go live before we can progress this quest.

We do appear to be on to something as you’ll notice that some of the figures in this room are also half robot, much like the Coral Buddies were at the start of this season.

This is turning out to be a nice little subplot to follow as the main Galactus storyline unfolds. It’s unlikely that we’ll be seeing any sort of major event happening as a result of this, but it’s still fun to keep an eye on nonetheless.

Read More
Fortnite, Gaming News
Another gnome quest is live in Fortnite and 20,000 XP is available.