Batman has been making his rounds as of late, with one of his most recent adventures setting him smack-dab in the middle of the Fortnite island.

While that’s crazy enough on its own, it’s clear that DC Comics has even more plans for the World’s Greatest Detective and his latest crossover will see him meeting members of esports organization FaZe Clan.

That’s right, the Caped Crusader himself will come face to face with the likes of FaZe Banks and FaZe Rain.

This is done as part of the celebration for Batman Day, and while it likely won’t have any impact on the DC Universe at large, it’s still exciting for fans of the superhero and of FaZe.

DC Comics / FaZe ClanGet a look at this.

It’s not just Batman who will be meeting members of the esports org, but it’ll be the rest of the Bat-Family too.

In the full-page spread of the crossover, we can see Batwoman, Nightwing, Batman, Batwing and even Tim Drake meeting up with the crew.

If the crossover seems crazy, that’s because it is, but we can assure you that this is the real deal.

“I never would have thought we’d be doing a collaboration with DC,” says FaZe Rain in a press release. “This collaboration is extremely special to us because we all grew up on Batman and DC and to see ourselves as comic book Super Heroes is a dream come true.”

It doesn’t just stop with this single image either, but there’s an entire comic book written by Josh Trujillo with Scot Eaton on the art. It looks like this will just end up being a one-shot, but if you wanted to see your favorite members of FaZe gain superpowers, this will be what you want to check out. 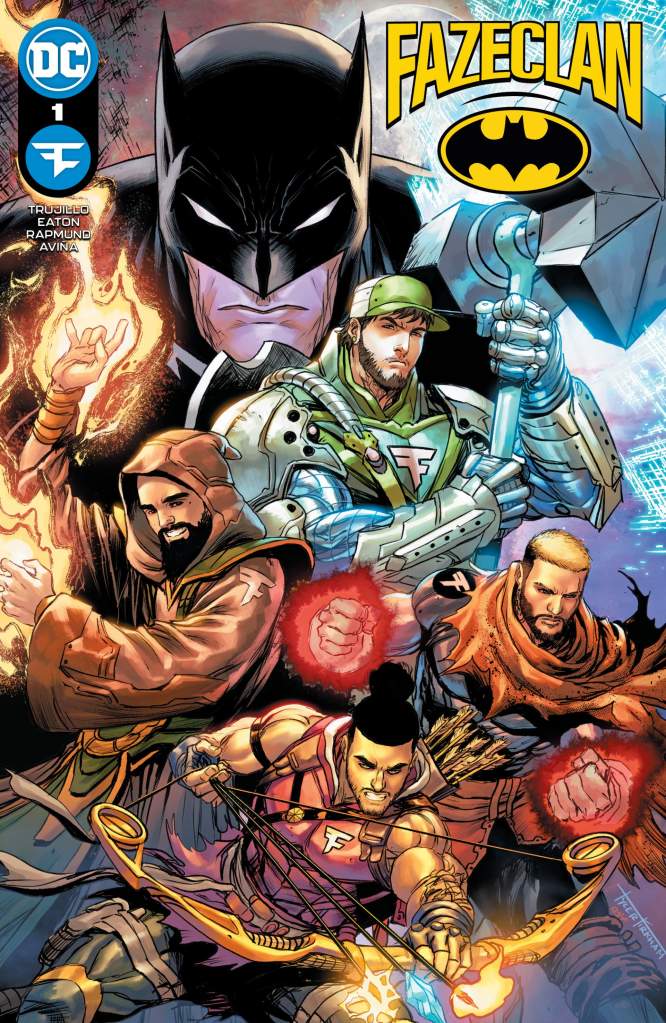 On top of the comic book, FaZe will also be coming out with exclusive Batman merch that will run for a limited-time.

You’ll be able to have your pick from jerseys, t-shirts, hoodies, pajamas, mousepads and even more. It’s a big collaboration and all of this will become available on September 24 through FaZe’s website, DC’s website and NTWRK.

“DC is excited to partner with FaZe Clan to share this custom Batman story with their amazing gaming fans,” says DC GM Daniel Cherry III in a press release. “This partnership is a great opportunity to invite even more fans into the iconic DC universe.”

This isn’t the first time FaZe and DC have teamed up either. Earlier in the year, FaZe Clan created a Batman-inspired Deathrun in Fortnite. A deathrun is big obstacle course that’s designed to be extremely challenging, so players can’t just breeze through it even if their Fortnite skills are top-tier.

In fact, DC Comics and Fortnite have a very good relationship with each and many iconic characters from the universe find themselves in the game. There are still more than can be added in the future, but it looks like Epic might slow things down a bit on that end.