The Suicide Squad may have come out almost a month ago, but it looks like Fortnite has a few more tricks up their sleeves before it finally retires from HBO Max.

According to a new a leak, there’s a chance that two more characters could be joining Bloodsport in the game, something that was expected to happen when he first entered the battle royale.

With Harley Quinn already in Fortnite, there wasn’t really an obvious choice to pick from, but a fan-favorite like King Shark would likely be welcomed with open arms into the game.

While he’s a bulkier character, we have seen that in the past with skins such as Thanos, Venom and several others.

On top of more Suicide Squad characters, a few more skins also leaked, but it should be noted that these are by no means confirmed and could possibly have been scrapped.

According to Fortnite leaker HYPEX, skins for both Weasel and King Shark were/are in the works.

We don’t know if they still plan on releasing the two skins since it feels like the time to do that has already passed, but it could be done to celebrate a physical release. We know that Epic has a good relationship with DC and Warner Bros., so the skins could drop at just about any time.

Possibly joining these two characters are a few others, but they aren’t collaborations. As it turns out, Epic can still come up with ideas that aren’t directly tied to another franchise.

These potential skins include the following:

You can add all of these skins to the previously leaked list of characters and things appear like they are shaping up quite while for the near future.

Remember, we’re still waiting on a possible Chris Hemsworth skin too, so Epic does appear to have a lot in the pipeline. 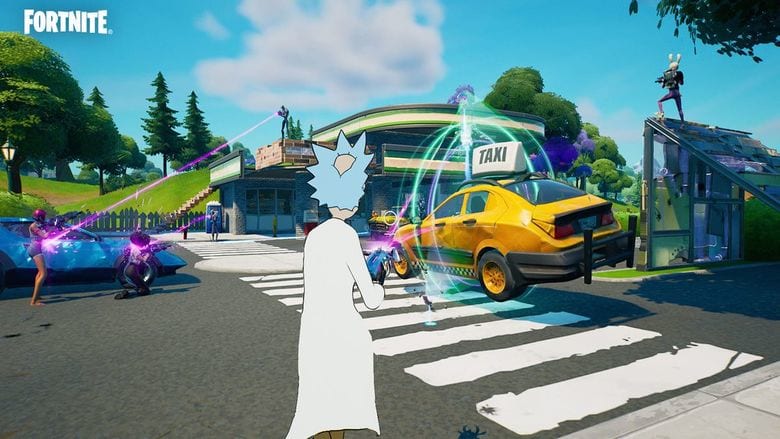 We have two more weeks of Fortnite Season 7 action before we switch over to Season 8, so if these skins are going to release as part of the current slate of content, there’s not a ton of time left for Epic to do that.

There’s no telling what the theme of the next season will be, but we’re sure Epic will want to come up with new skins and styles to match it. So far, we know of a Halloween skin, but that does make sense since Fortnitemares will be taking place in October.

We’ll likely be seeing the return of many fan-favorite skins around that time such as Skull Trooper and more.

Whether we’ll be seeing these Suicide Squad skins or any of the others remains to be seen. If there’s been one constant we’ve seen from Epic with all of these crossovers, it’s the fact that plans do changes and collaborations do get scrapped.

If you’re still holding out for a King Shark skin, you’ll just have to hope that these are still planned.

READ NEXT: Fortnite Player Finds Out How Many People Live on Island