The Epic Games umbrella has grown a lot over the past couple of years as Fortnite and Rocket League have grown to be tentpole franchises.

Very recently, Fall Guys was added to the mix, so we might be seeing crossovers happening very soon with Fortnite. For the time being, it’s just Rocket League and Fortnite, and there’s another Llama Rama event coming up to celebrate that.

Coming off the success of the first major crossover between the two games, it’s not surprising to see Rocket League and Fortnite team up again.

This second Llama Rama will be beneficial to players of both games as there are a lot of free cosmetics up for grabs if you take the time to put in the work.

The event kicks off March 25 and runs until April 9, so make sure you don’t wait too long to get started.

There’s a lot of cosmetics up for grabs for both games, so if you’re a fan of both then you’re in for a real treat.

For Fortnite, you’ll be able to get a spray, loading screen, music pack, wrap and back bling.

Here’s the full set of rewards for both games according to Epic:

Challenge 6: Winning is Everything (Rocket League reward only)

There’s a lot to do, but you’ll just have to make sure you put the time in to accomplish all of this!

There’s a Concert Too 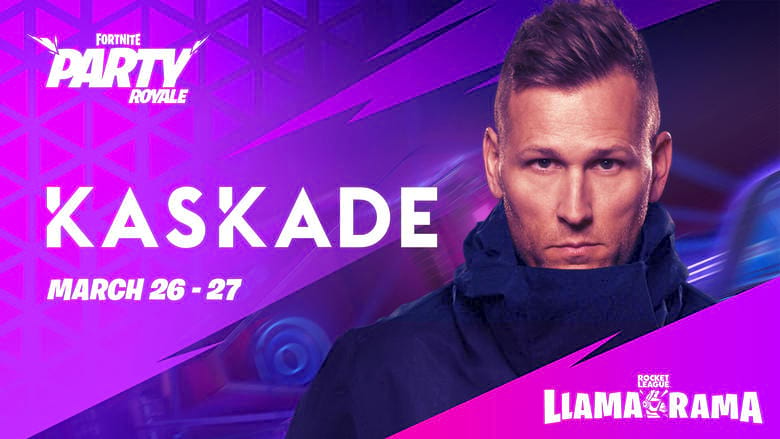 As an added bonus for this Llama-Rama, there will be a Kaskade concert in the Party Royale mode and it’ll be airing at these three times:

This won’t be a concert that’ll be earth shattering like Travis Scott’s was, but it’ll still be something cool for fans to check out.

With three different showtimes, you’ll have plenty of chances to check it out if you’d like, but there’s not going to be a whole lot you’ll be missing out on if you skip it entirely.

Previous events like this gave players a chance to get free cosmetics, but it doesn’t look like this concert will be giving players any of that. Good thing we have the Llama-Rama event for that!