We know there are a lot of Fortnite players out there who primarily play on the Nintendo Switch, and while it doesn’t run as well there as it does on other platforms, Epic is still trying their best to improve the experience.

Now that it seems like more and more support is coming in the form of tournaments, so it only makes sense that the work is put in to make the experience smoother on the Switch.

There are some phones out there that can hit 90 FPS in Fortnite, so for the Switch to be capped at a measly 30 FPS is a big deal, especially when the graphics are taking a big hit too.

For a long time, Fortnite on the Switch has had problems with the physics and graphics, but it looks like one of those issues has been fixed. 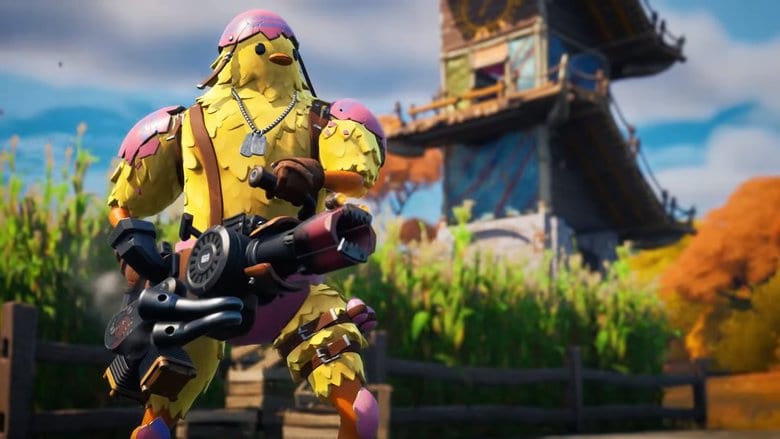 In a blog post following the v16.10 update, Epic revealed that Nintendo Switch players have gotten a big increase in their resolution for both docked and handheld modes.

That’s a lot of extra pixels now being pushed which should make a big difference for those of you out there playing on the Switch.

Epic says the update will give you less blurry images while also providing a more consistent framerate. All in all, it’s a really good thing for Switch players as things are definitely getting better.

As icing on the cake, the game will also take up less space on your hard drive, albeit it’s just a measly 140 MB.

What Else is Going on With the Switch?

This all might be a coincidence, but Fortnite has been getting a lot of support lately on the Switch.

There’s an upcoming bundle that includes a pair of Peely Joy-Cons as well as an exclusive set of cosmetics that will be available to anybody who is willing to spend the money.

And be sure to drop into the new @FortniteGame Season starting tomorrow, March 16! pic.twitter.com/QgCiVGy5iW

For $80, it’s a steep price to pay, but we know that collectors are willing to shell out a decent amount of cash for the ability to get some exclusive stuff.

All of this might just end up being a coincidence, or it could mean Epic wants to keep supporting the Switch version in a bigger way. While the Switch is still objectively the worst way to play Fortnite, we know there’s a big audience there and Fortnite is Fortnite no matter what platform you play on.

So far, Season 6’s first big update has been a success, so let’s hope Epic can keep the ball rolling as time goes on.