The addition of pizzas to Fortnite when Spider-Man was always going to open the door for many meme opportunities, but we didn’t know that people would jump right on it after just a single day.

It’s no surprise that Spider-Man is one of the most popular superheroes in the whole world, so his debut in Fortnite as something to celebrate. There are many different suits available for him as well including a classic style, a Future Foundation suit, the Symbiote suit and even his No Way Home suits.

Also added were the Spider-Man Web Shooters that allow you to zip around the map with ease. Arena players are going to be seeing a big nerf to these in the v19.20 update, but the rest of the players will get to keep on enjoying them as normal.

One thing that was always missing from Fortnite since Spider-Man showed up is a nice box of pizza. Most players don’t automatically tie pizza into Spider-Man as that’s more of a Teenage Mutant Ninja Turtle character trait, but there’s a scene near the beginning of Spider-Man 2 that lives rent free in the minds of many people.

In that scene, Spider-Man has to race through New York City to deliver a pizza on time or else he loses his job. While he ultimately makes it, he is late and the pizza is free of charge and he loses his job as a delivery person.

Reddit user Yessir-Im-A-Pie decided to recreate the tail end of that scene in Fortnite, and for the most part, it works like a charm.

It’s a very short clip, just a few seconds long, but users are already reacting positively to it with it gaining more that 300 upvotes at the time of this writing.

In the clip, you see Spider-Man come into the building and throw a pizza down onto the desk in front of a receptionist, with the line “pizza time,” playing over the video from the film.

It’s a short but simple recreation here and we’re sure fans of Fortnite and Spider-Man 2 are definitely going to appreciate it. 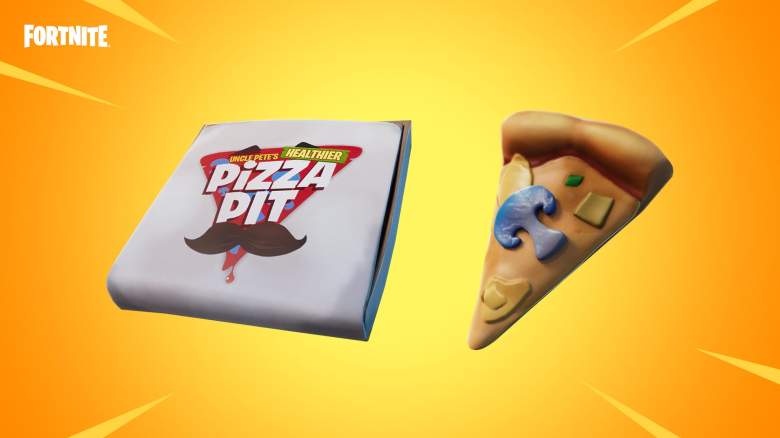 While the pizza might be good for the memes, it’s actually a very strong item to have in your inventory because it heals your health and shield at the same time while you’re eating.

It’s all about the power of the Slurpshroom as it mixes your traditional food with a healing mushroom. If you have a box of it, you can throw it down on the ground and share it with your squad.

For those of you out there trying to heal up your team after a long fight where you came out victorious, having a box of this pizza can come in handy. You can find them just about anywhere or you can buy them for 50 Gold a pop from Tomatohead in Tilted Towers. They’ll likely be around until the end of Season 1 at least, so enjoy!