Ever since their release, the Spider-Man Web Shooters have been one of the most important items to have in Fortnite, and Epic has been doing their best to keep them balanced.

With 80 shots, they can eventually run out but unless you’re just swinging around all game, it won’t ever be an issue. Some players would land on these gloves and immediately put them into a tent, something that Epic decided was too strong so they put an end to that.

Next week’s v19.20 update will make even more changes to the gloves, and the shots will be lowered from 80 to 20, but only in competitive playlists. This will make it so you have to be more strategic with your swinging, especially in end game situations. As it stands right now, the gloves are essentially free rotations, and the developers decided they were a bit too strong.

If you’re primarily somebody who plays in the regular public lobbies, then this change won’t have much of an impact on you. However, Arena players will feel the pain of this one because 20 shots can be used up quite easily.

Players have a week left to play with the gloves as they are, but that will all change in the v19.20 update that releases February 1.

Here’s how Epic explains it in the January 25 hotfix blog post.

In our v19.20 patch next week, we will be adjusting Spider-Man’s Web-Shooters to have 20 shots instead of 80 in competitive playlists. This lower count encourages players to make more strategic decisions about when to use the item, while retaining the item’s usefulness as a powerful mobility tool.

It seems like this could solve a lot of the problems in competitive at the moment because if you’ve been playing in or watching the Cash Cups so far, you’ll see how prevalent the Web Shooters have been.

With so many points being handed out for placements, tournaments have always encouraged staying alive, and it’s really never been easier to do except for maybe when Ballers were in the game. 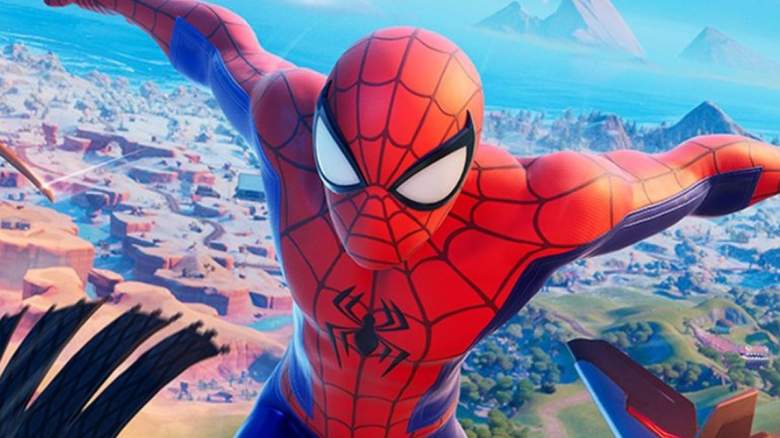 Time will tell if this is a big enough change to make because we haven’t even seen how it works yet.

Players will definitely be more hesitant about their swinging and they’ll probably be driving in cars a lot more for the early game rotations. It’ll definitely have an impact on the upcoming tournaments, included the FNCS.

These competitive Fortnite players have had a lot to adjust to just by playing this game for years, so having things changed on them in the middle of a season is nothing new. It’s definitely an annoying thing to deal with, especially if your POI gets destroyed in the middle of season like Corny Crops near the end of Chapter 2.

Non-competitive players are in the midst of one of the most fun seasons yet, especially with the spray meta, so there’s not much to complain about from that end. For right now, enjoy swinging around while you still can.

READ NEXT: Where to Find Pizza Party Boxes in Fortnite