Epic Games has been looking for ways to improve Fortnite in a variety of ways as of late, and one of those ways of finding out what can be worked on has been sending surveys out to players.

Previous, Epic sent surveys out to players asking how they could improve the Fortnite Crew subscription. As a result of those surveys, three months of Spotify Premium has now been bundled with your subscription.

Also this month, we’ve been getting a surprise each week which so far has resulted in two new loading screens.

There are still a few more tricks up Epic’s sleeves, so let’s see if there’s more than just loading screens.

Recently, another survey has gone out and this one is asking players to rate a selection of skins, perhaps as a way of voting on what’s coming to the the game in the future.

Let’s take a look at all of these skins.

Lots of Skins to Pick From

Here are ALL the skins from Epic's Survey, again thanks to @LeakySussed! pic.twitter.com/H8RNZlQjOO

Fortnite leaker HYPEX has all of skins in one image for us to look at, but there’s a chance that you have the survey for yourself to take as well.

If you do have one, here’s what the email looks like: 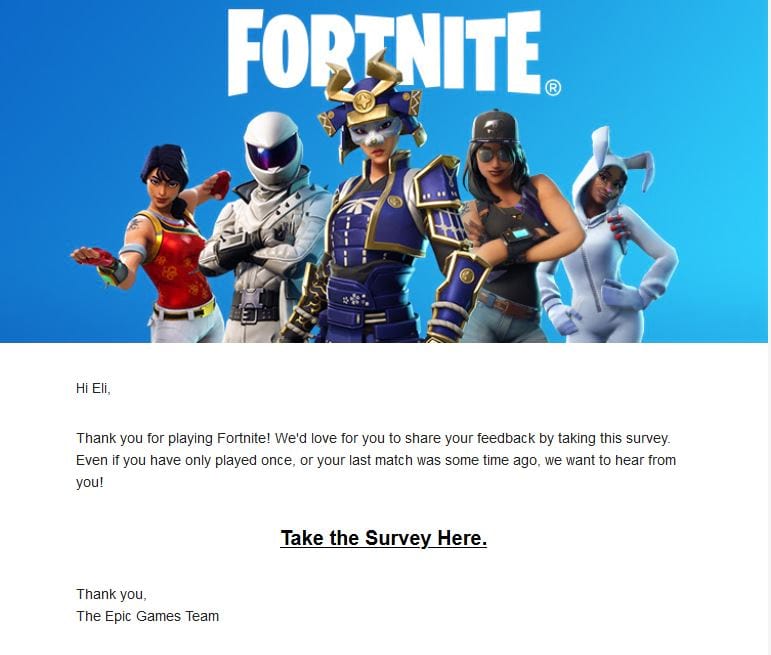 With 56 steps in total, the goal is to likely narrow down your specifics likes and dislikes. Depending on how many players actually take this survey, Epic will get a clear picture that reveals how the community feels.

It’s actually a cool way to potentially pick a new skin out. Fresh off the release of the cartoon Meowscles, it looks like there’s a chance that line could expand with a cartoon Bushranger.

We’re not entirely sure how popular that skin was, but if we see another one released, we can assume it was a hit in some way.

Whether these will end up being skins that come to Fortnite in the future remains to be seen, but things are certainly looking up.

When Could These Be Added? 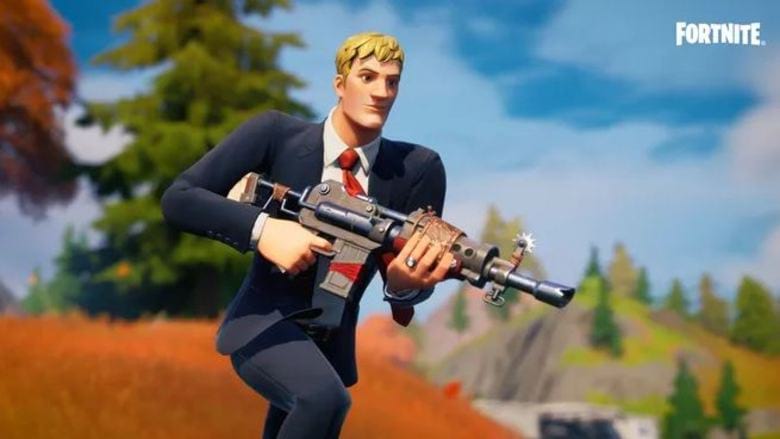 With Season 6 winding down, there’s a possibility that some of these could end up being Battle Pass skins.

That’s not confirmed by any means, but the timing of the survey does lead us to speculate that could be the case.

It’s tough to tell what the plan is for new cosmetics in Fortnite as the only time we ever know for certain they are coming is when a new update hits.

Leakers will usually reveal all of the encrypted skins in a new update and from there all we have to do is speculate on when the actual release date is.

With plenty of new skins potentially being revealed with this survey, it’s looking like the future is bright for the game, at least in terms of new cosmetics.