Thanks to few bad expansion packs in a row from World of Warcraft, players are coming to Final Fantasy XIV in droves.

Of course, that’s not the only thing drawing players into the 14 community. Players like Asmongold and Summit1g, gigantic streamers in their own right on Twitch, have also managed to lure a few extra players into subscribing to Square Enix’s MMO juggernaut.

With a free trial up to Level 60, there’s not much to be lost except for hours upon hours of your life.

On July 27, Summit finally made his way to Heavensward, and the community greeted him in the best way imaginable.

While Heavensward is the game’s first expansion and there have been two others since then, the introduction to this storyline is among the most epic in the game.

To celebrate his arrival, the community came out in droves to welcome him to the first city you enter. Rolling up in Final Fantasy 15’s Regalia, Summit was flanked by players in Magitek armor as he crossed the bridge into town.

“Thank you guys, this is incredible,” he said. The entire moment was captured by YouTuber Jaron, who runs a channel that exclusively uploads Summit clips.

It didn’t end there either as the red carpet was rolled out all the way to the town’s central Aether crystal.

For players who didn’t know if they’d end up liking Final Fantasy XIV, it’s cool to see the community band together to create a cool moment like this that is just as chilling for the viewers as it is for the streaming themselves.

Summit was already all in on the game, but this moment likely sealed it even more for him.

Still a Long Way to Go 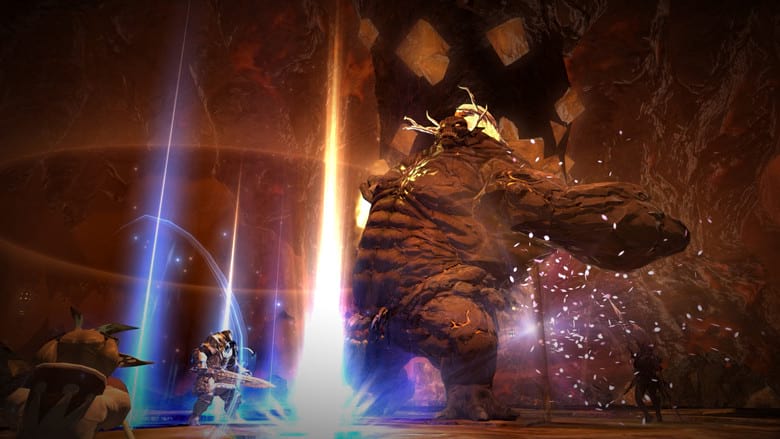 Summit and a lot of the other big streamers on the game are taking their time with the content and also treating as if they were there when it was all coming out.

This includes doing all of the trials and raids synced to the proper item levels so they can’t just crush the bosses with ease. The legendary Coils of Bahamut raid has left players stumped for days, but it was seen as a rite of passage for many of the steamers.

There’s a lot of content to still get through for many of the big streamers, and there’s no telling if they’ll be sticking around for the longhaul. While A Realm Reborn was a great game, many players would let you know that the game only gets better from there.

With Endwalker coming out in November and wrapping up the story started in ARR, that will be a sort of natural stopping point for many of the new players, but it could take months for them to ever get there.

The thing with MMOs is that they’re such a massive timesink that not many streamers can afford to sit down and play them. For the time being, Summit has said his viewership has remained high enough so he can continue trekking forward. If Heavensward lives up to the hype for him, we can expect to see him playing for several more weeks at least.