Traditional dieting will not solve his weight loss problem

If you need to lose more than 50 pounds and you have high blood pressure, diabetes or other obesity-related diseases, then traditional dieting methods might not be effective for you (despite the claims of many mainstream methods). You may need surgery to lose weight and keep it off effectively.

The average person on a diet loses just 5 percent of his or her body weight after six months. At that point, most heavy people become dissatisfied with their progress and give up.

Even worse, they will almost certainly regain their lost pounds and more. 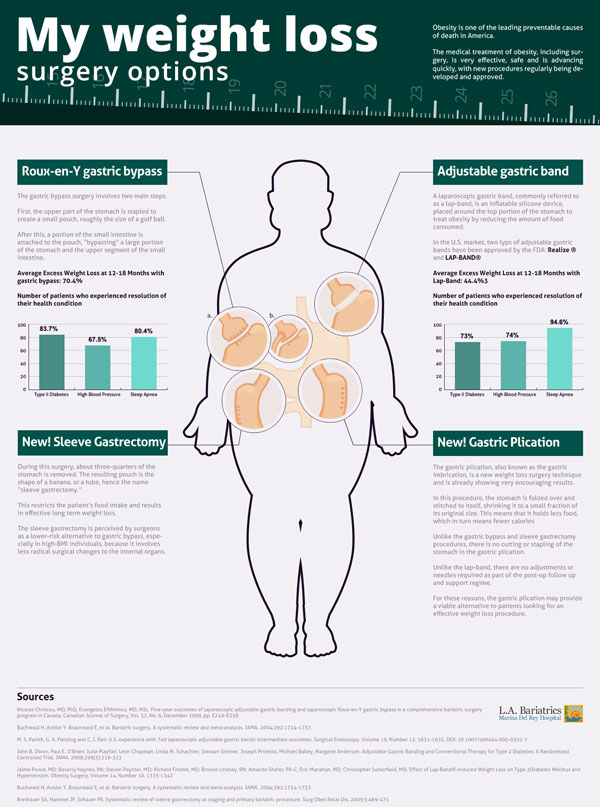 For people who feel that it is hopeless, there are surgical solutions that may be quite effective. Here’s what you need to know about weight loss surgery:

This is not how bariatric surgery works. (Sean/Flickr)

Bariatric surgery is the term used to describe a family of surgical procedures that can facilitate weight loss in the stubbornly obese. There are a few basic types of bariatric surgery:

Gastric banding is the simplest and least invasive. (It is commonly known as a Lap Band, though that is a specific brand of device.) It involves putting a band around the top of the stomach, dramatically restricting its size. The food then passes through a small hole in the bottom of the new pouch and all of the nutrients are processed normally in the stomach. There are no malabsorption issues or vitamin deficiencies. The surgery is easily reversible, there are few side effects and virtually zero chance of having a bad outcome.

Sleeve gastrectomy is also a restrictive procedure, but it involves cutting out a large part of the stomach. There is no problem with malabsorption and it is also relatively safe, though permanent.

The rest of the procedures involve detouring food around the stomach. The most common is the gastric bypass, which relies on restriction and malabsorption to succeed. The food is detained in a pouch similar to the gastric band but then the food is routed away from the stomach directly into the intestine. There are significant potential side effects due to the inability to absorb certain vitamins. The procedure is usually used for only the dramatically obese patients.

Bariatric surgery by itself is not a diet. That is not how it works.

What it does for you is let you diet successfully!

For prospective surgical candidates this can be a stunning revelation. If the surgery isn’t a diet, then how does it help someone lose weight?

Consider that most heavy people who try to lose weight ultimately fail for two reasons:

They never get full and they are always hungry.

The principle behind bariatric surgery is that by reducing the effective storage area of the stomach, you will get full pretty fast. Furthermore, the food will empty out of the stomach slowly because the opening between the artificial pouch that is created and the rest of the GI tract is pretty small.

That means that you can go on a diet and succeed because you will be full quickly and not hungry.

3. Who Should Consider Bariatric Surgery 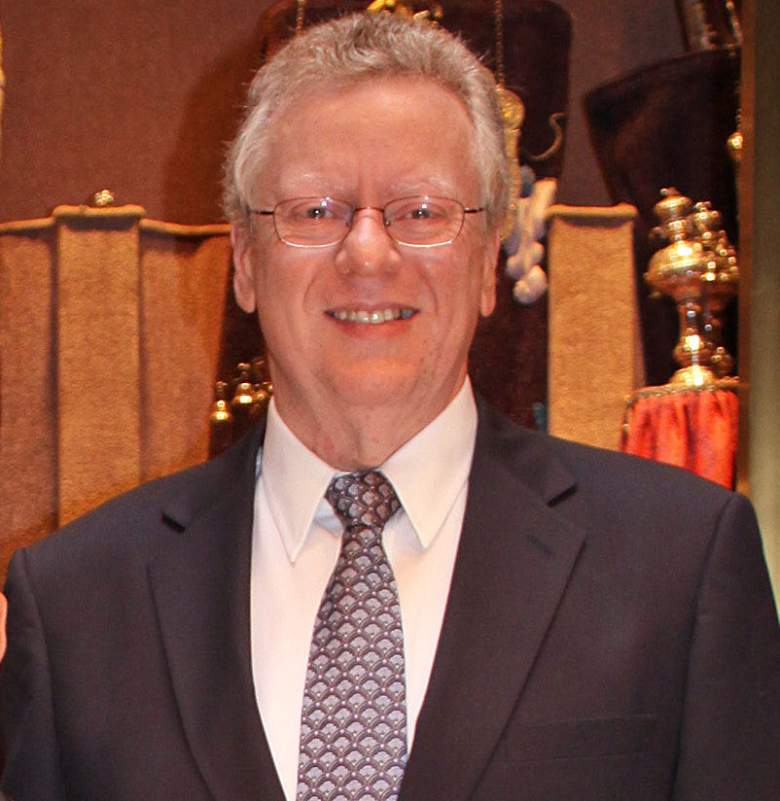 Bariatric surgery is generally considered for anyone who either has a body mass index (BMI) of more than 40 or a BMI over 35 and other medical problems such as diabetes, heart disease or high blood pressure. To look up your BMI, click here. As a general rule of thumb for men, if you are 5-foot-8 and weigh 260 pounds you are a candidate. For every inch above that add 10 pounds for the threshold weight.

Most insurers will cover bariatric surgery, but they may require you to have failed at prior dieting efforts. Be prepared for extensive pre-operative evaluations of your health and mental well-being as well. Many surgeons provide programs for counseling before and after surgery to assist with the adjustments that will be made.

4. How Many Pounds You Can Expect to Lose After Your Surgery

Weight loss after any of the bariatric surgery procedures is variable, depending mostly on the dedication of the patient. However, using the metric of “percent of excess weight lost,” the average results based on large studies are:

Gastric band: 50 percent. In other words, the average dieter who receives a gastric band will lose half of the weight that classifies them as obese. A 5-foot-11 male who weighs 300 pounds today can expect to lose and keep off at least 60 pounds. A 5-foot-3 woman weighing 200 today should reduce to a minimum of 155.

Sleeve Gastrectomy: 60 percent. That is another 15 pounds or so for a male and another 10 pounds for a woman. The typical weight losses then are 75 or more pounds for a male, 55-plus for a female.

Gastric Bypass: 70 percent. However, the gastric bypass comes with its own set of side issues since it involves malabsorption of the food you eat. As a result, the procedure is usually reserved for much heavier people.

Keep in mind that these numbers are just averages and depend on the patient following the exact protocol after their surgery.

5. How You Can Fail Despite Bariatric Surgery

Even though bariatric surgery makes losing weight sound so easy, it is not. Indeed, 50 percent of banded patients either fail to achieve their desired weight loss or regain a significant amount later.

Virtually every surgeon performing the surgery has a protocol that their patients need to adhere to if they want to be successful. In fact, pre-operative nutrition counselling is a prerequisite demanded by most insurance carriers  Pre-operative and post-operative support groups are universally available and are almost always free of charge.

Still, people fail at an alarming rate. Why?

Many of them do not enter the surgery properly motivated or properly informed of what is expected of them. They continue to cling to the notion that after the surgery they can eat anything they want and still lose weight. In other words, they don’t go on a diet.

Remember: Bariatric surgery is not a diet. It allows you to diet successfully by inhibiting the hunger and giving you a true sense of fullness.

Read More
5 Fast Facts, Diet, Medicine, Weight Loss
If you need to lose more than 50 pounds and you have high blood pressure, diabetes or other obesity-related diseases, then traditional dieting methods might not be effective for you.