Jacintha Saldanha, 46, has been identified as the nurse who was duped in the Kate Middleton DJ prank call scandal — and was found dead on Friday of an apparent suicide.

1. Her Body Was Found Just Yards from the Hospital


Saldanha was found dead at a nurse’s residence just blocks away from King Edward VII Hospital, where she worked and where Middleton was treated for severe morning sickness. The residence is in the block of Weymouth Street, W1. Police responded to a call at 9:35 a.m. local time. Paramedics tried to revive her but she was pronounced dead at the scene.

2. Her Death Comes Two Days after the Prank


At 5:30 a.m. local time on Wednesday, Australian DJs Mel Greig and Michael Christian of 2DayFM called the hospital where Kate Middleton was being treated for severe morning sickness. Saldanha answered the phone, and the DJs duped her into believing they were Queen Elizabeth II and Prince Charles. (Click the Play button above to hear the audio.) She patched them through to Middleton’s private ward, where another nurse divulged intimate details of her condition. The prank made international headlines. On Friday Saldanha was found dead.

3. The DJs Rubbed it in Her Face

In addition to the inherent humiliation caused by the prank, Saldanha was further humiliated by the DJs, who gloated that she fell for the “easiest prank ever made.” They never expected their absurdist British accents to succeed. On the morning of the tragedy they were still gloating on Twitter.

Both DJs have now deleted their Twitter accounts (@MelGreigHot30 & @mContheradio) after a firestorm of vitriol tweeted at them in the wake of the tragedy. 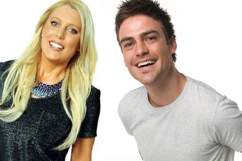 
Mel Greig and Michael Christian will not broadcast until further notice. A statement from Southern Cross Austereo (SCA), which owns the station, reads in part:

SCA and the hosts have decided that they will not return to their radio show, until further notice out of respect for what can only be described as a tragedy.”


Sandlahar leaves behind a husband, Benedict Barboza, one son, Junal, and one daughter, Lisha. Her husband, Ben (Benna) Barboza’s Facebook page lists him as an employee of the National Health Service in the UK and says he attended a Christian high school, St. Mary’s, in Shirva, India — in the western Mangalore region of the country. Research by Heavy.com has shown that the family were active in the ex-patriot community from Mangalore in the UK, attending weddings, funerals, and other religious ceremonies. Her son Junal, 16, is preparing for his final exams in high school. His Twitter lists him as a fan of English soccer team Arsenal.

A former neighbor tells the Daily Mail that she lived next to Saldanha and Barboza and their children in the town of Bristol:

Her and Ben were a lovely couple. They didn’t live here very long, but they were such nice neighbours – they invited us in for a curry when they moved in. They lived here seven or eight years ago, if not more. They kept themselves to themselves mostly. They bought their own house and moved on — they were just renting here I think.

6. Her Family is “Deeply Saddened”

We as a family are deeply saddened by the loss of our beloved Jacintha. We would ask that the media respect our privacy at this difficult time. We would request that you direct your questions and queries through the police press office. 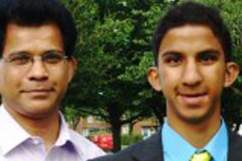 7. Will & Kate Offered Condolences to Her Family


The Duke and Duchess released a statement, saying they’re “deeply saddened” and:

Their Royal Highnesses were looked after so wonderfully well at all times by everybody at King Edward VII Hospital, and their thoughts and prayers are with Jacintha Saldanha’s family, friends and colleagues at this very sad time.

8. The Hospital Calls Her an “Excellent Nurse”


Saldanha was a nurse but was filling in for reception when she took the prank call. A Royal spokesperson said that “At no point did the Palace complain to the hospital about the incident.” The hospital says Saldanha was not suspended or disciplined for the prank-call incident.

It is with very deep sadness that we confirm the tragic death of a member of our nursing staff, Jacintha Saldanha. Jacintha has worked at the King Edward VII’s Hospital for more than four years. She was an excellent nurse and well-respected and popular with all of her colleagues. We can confirm that Jacintha was recently the victim of a hoax call to the hospital. The hospital had been supporting her throughout this difficult time.

Our thoughts and deepest sympathies at this time are with her family and friends. Everyone is shocked by the loss of a much loved and valued colleague.

This is a tragic event. Jacintha was a first class nurse who cared diligently for hundreds of patients during her time with us. She will be greatly missed.

9. Scotland Yard Probed the Death But Suspects No Foul Play


The death is still officially classified as “unexplained,” but it appears that Saldanha’s death will indeed be ruled a suicide. 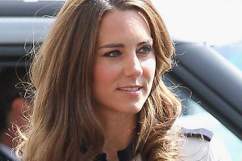