There’s been another mass shooting in America, this one on Wednesday morning at an office complex in Phoenix, Arizona, where three people were shot by a senior-citizen gunman.

One person is dead, and the shooter is on the loose.

1. The Shooter Has Been Identified as Arthur Douglas Harmon

Several hours after the shooting, police named the gunman as 70-year-old Douglas Harmon. Cops and SWAT teams descended on Harmon’s house. A man was in the home at the time but was not believed to be the shooter. A person in the residence confirmed the shooter’s identity. Harmon’s wife is co-operating with authorities, according to a Fox News broadcast. She told police that her husband owns two guns. 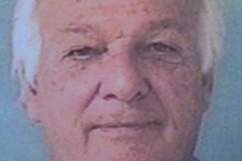 2. Harmon is Still on the Loose

3. The Shooting May be Linked to an Open Lawsuit
The incident occurred at the time when a mediation meeting was scheduled between two sides of a currently open lawsuit.

4. One of the Three Shooting Victims Died

Three victims were shot, while two other suffered non-gunshot injuries. One of the shooting victims has been confirmed as dead. He is 48-year-old Steve Singer.

Law firm Osborn Maledon spokesperson, Athia Hardt, issued a statement regarding a lawyer from the firm, who was representing Singer:

Our partner, Mark Hummels was representing a client in a mediation today when he was shot. We understand that other people also were injured. As the news has reported, Mark has been taken to John C. Lincoln hospital. We don’t have any further info at this time. At the appropriate time, additional information will be released by the authorities. Our concern right now is for Mark and his family. We ask the news media to respect their privacy in this difficult time.

Hummels is the President of the Phoenix branch of the Federal Bar Association.

5. One of the Law Offices in Question is the Former Practice of Former Arizona Senator Dennis DeConcini

6. This Was a Targeted Shooting

Local Fox News is reporting that it was a targeted shooting. The alleged gunman entered the premises looking for someone specific. Police received reports of a shooting around 10:30 a.m. AZfamily.com reports that there was some sort of altercation in the building before the shooting took place.

7. The Shooting was Mentioned on Capitol Hill
The husband of former Congresswoman Gabby Giffords, NASA Captain Mark Kelly, mentioned the shooting during a Senate hearing on gun-control.

Giffords was giving a speech pleading in favor of proposed gun-control laws. The former congresswoman, who bravely labored through the reading of a prepared statement at the hearing, was shot in the head in Arizona in 2011 and is still recovering her brain function.

8. The Complex is Located on 16th Street Between Northern Avenue and Glendale Avenue

9. Workers in the Building Described the Panic
Vanessa Brogan, who works for another business in the complex, told MyFoxPhoenix that heard office her loud bangs but just assumed it was somebody working around the building. When it became apparent that it was a shooting, office workers barricaded themselves in their office until they were evacuated.

Another employee, Becky Neher, who works in the building said:

We were doing our regular morning routine, and I heard what I guess were two gunshots.

10. The Complex was Surrounded by an Armada of Emergency Vehicles
Larry Ruch, who works at law offices across the street from the office complex told AZCentral.com:

…there are 50 police cars, seven to eight fire trucks, K-9 units at the location. It appears that four people were taken out on stretchers…