I think we can all agree that Fox News and Jim Carrey need to stop their insult war and start acting like adults.

The pathetic name-calling tussle between the news network and comedian started with a video Jim Carey posted on Funny or Die. In Carrey’s music video, “Cold Dead Hand,” which already has racked up over 1.8 million views, the comedian takes on gun enthusiasts with lyrics such as, “The angels wouldn’t take him up to heaven like he planned, cause they couldn’t pry that gun from his cold dead hand.”

Gutfeld, known for his controversial remarks as co-host of Fox show The Five, ripped Carrey a new one, calling the comedian a “pathetic tool,” “jackass,” “sad little freak” and “dirty, stinking, coward.” Is Gutfeld aware he is on national television and not at a middle school sleepover?

You would think Carrey — the four-time Golden Globe-nominated actor and one of the biggest names in Hollywood — would take the moral high ground and ignore the PG-rated name-calling Gutfeld wielded during his humorously angry tirade. Nope.

‘Cold Dead Hand’ is abt u heartless motherf%**ers unwilling 2 bend 4 the safety of our kids. Sorry if you’re offended by the word safety!

That’s some creative spelling right there.

Once he calmed down, Ace Ventura published a more appropriate statement in response to Gutfeld’s childish insults in which referred to Fox News as Fux news (nice one, 16-year-old Carrey!):

Since I released my “Cold Dead Hand” video on Funny or Die this week, I have watched Fux News rant, rave, bare its fangs and viciously slander me because of my stand against large magazines and assault rifles. I would take them to task legally if I felt they were worth my time or that anyone with a brain in their head could actually fall for such irresponsible buffoonery. That would gain them far too much attention which is all they really care about.

I’ll just say this: in my opinion Fux News is a last resort for kinda-sorta-almost-journalists whose options have been severely limited by their extreme and intolerant views; a media colostomy bag that has begun to burst at the seams and should be emptied before it becomes a public health issue.

I sincerely believe that in time, good people will lose patience with the petty and poisonous behavior of these bullies and Fux News will be remembered as nothing more than a giant culture fart that no amount of Garlique could cure.

I wish them all the luck that accompanies such malevolence.

I wish I could tell you this was the end of the fight, but Gutfeld later posted on his Twitter the following responses:

On #thefive I respond to the@jimcarrey press release accusing us of bullying him,after he mocked the dead. I take pity on the turd.

Boys, boys,  do we need to go to the counselor’s office to settle this? Seriously, let’s shake hands, say our ingenious “I’m sorrys” and move the Fux on. 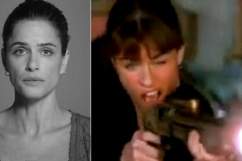 Loading more stories
wpDiscuz
0
0
Would love your thoughts, please comment.x
()
x
| Reply
The name-calling tussle between the news network and comedian has the sophistication of a junior-high lunchroom war.