RT @kasie From @nbcnews: Seven (7) IEDs have been recovered in the searches so far, some in Watertown, some at the house in Cambridge.

NBC News is reporting that the search for Dzhokhar Tsarnaev in relation to the Boston Marathon Bombing has yielded a find of SEVEN more IEDs that were ready to use. The bombs were found in Cambridge and Watertown, suburbs of Boston, on Friday afternoon. 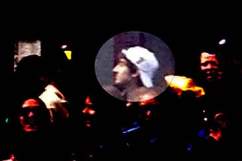 According to WCVB, in Watertown, the find included pipe bombs and pressure cookers. The Massachusetts police have been going door-to-door in the neighborhoods of Watertown and Cambridge in the Greater Boston area.