Dramatic video: Luxury skyscraper hotel on fire in Russia's Grozny, ChechnyaRT RUPTLY's EXCLUSIVE, NO REUSE, FOR LICENSING CONTACT http://ruptly.tv Flames have enveloped all floors of the highest building in the North Caucasus, southern Russia. All people have managed to leave the building. The Grozny-city complex in the Chechen Republic includes luxury apartments and a 5-star hotel – MORE INFO & PHOTOS http://on.rt.com/7eqyxk RT LIVE http://rt.com/on-air&hellip;2013-04-03T18:43:05.000Z

A large fire that engulfed a 40-story apartment building in the capital of Russia’s southern republic of Chechnya was finally extinguished early Thursday morning, reports RFERL.org.

An electrical short circuit is reportedly the most likely cause of the fire in the newly built and vacant skyscraper in Gronzy. The building, which boasts the world’s biggest clock, was built to showcase the revival of Gronzy after years of civil war.

Fortunately, no casualties were reported in the fire.

Check out a video of the blaze above! 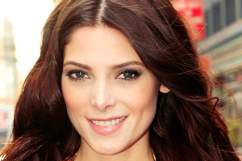 Read More
Fire, Russia, Videos
There have been no reported casualties.