After Lance Armstrong admitted to doping during his cycling career that earned him seven Tour de France titles, which were subsequently stripped, the United States government is suing him for violating his contracted with the U.S. Postal Service, reports the Clarion Ledger.

The USPS paid $40 million to sponsor Armstrong’s teams for six out of seven of the cyclist’s victories and paid him $17 million between 1998 and 2004. The lawsuit also names former Armstrong team director Johan Bruyneel and team management company Tailwind Sports as defendants and seeks triple damages assessed by the jury.

“Defendants were unjustly enriched to the extent of the payments and other benefits they received from the USPS, either directly or indirectly,” the complaint said.

However, Armstrong has argued that the USPS’s endorsement of his team earned the government agency much more than it paid him.

“The U.S. Postal Service benefited tremendously from its sponsorship of the cycling team,” Armstrong attorney Elliot Peters said. “Its own studies repeatedly and conclusively prove this. The USPS was never the victim of fraud. Lance Armstrong rode his heart out for the USPS team, and gave the brand tremendous exposure during the sponsorship years.”

The U.S. government now must prove that not only was it defrauded, but that is was damaged somehow as well. 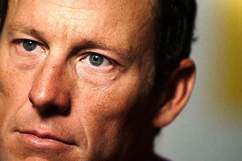 Lance Armstrong Admits to Doping in Part One of Oprah Interview

Loading more stories
wpDiscuz
0
0
Would love your thoughts, please comment.x
()
x
| Reply
Armstrong's contract with the USPS required riders to follow the rules of cycling, including the prohibited use of performance-enhancing drugs.