The $1 million reward promised to anyone to provide authorities information on the whereabouts of the disgruntled former LAPD-officer Christopher Dorner, who died during a gunfight with police in February after allegedly murdering four people, will be split between three parties, reports the Los Angeles Times.

Claims for the money were originally filed by 11 parties, but judges have decided that just three of those qualified for the reward. According to the Los Angeles Daily News, the panel decided that James and Karen Reynolds will receive 80 percent of the $1 million, Daniel McGowan will receive 15 percent and R. Lee McDaniel just five percent.

McGowan first spotted Dorner’s burning truck on the side of an unused fire road and McDaniel also spotted one of Dorner’s vehicles. Mr. and Mrs. Renolds were tied up by Dorner at gunpoint and had their truck stolen by the fugitive. When they escaped, their alert to authorities led them to his capture.

Originally the reward wasn’t going to go to anyone because the terms required the “capture and conviction” of Dorner, and since he died in the gunfight, neither could technically be carried out. However, new criteria for the reward nullifies those terms since he was chased into the cabin by police and shot himself. 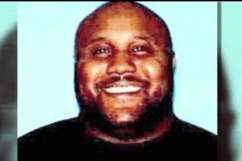