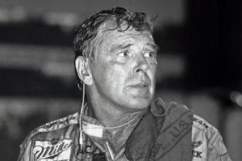 Legendary NASCAR driver Dick Trickle is dead at age 71 in an apparent suicide.

1. He Killed Himself at a Cemetery

Trickle reportedly shot himself dead around noon today at the Forest Lawn Cemetery in Boger City, Lincoln County, North Carolina. He had lived in the county since the early ’90s.

TMZ reports Trickle left a suicide note, and “multiple sources” tell the celebrity site that Trickle had been “sick for a while and depressed.”

He leaves behind a wife, Darlene.

2. He Was a Cult Hero and “America’s Winningest Driver”

SportsCenter was fond of mentioning Trickle — largely because of his humorous name — and turned him into something of a cult hero.

But Trickle was a legitimate legend who won more than 1,200 short-track races in the Midwest. He never won a NASCAR Cup race but was Cup rookie of the year in 1989 and had 15 top-10 finishes and five third-place finishes.

He was known as “America’s Winningest Driver.”

3. He Was Nearly Killed in an Accident at 8 Years Old

When he was 8, Trickle was playing tag with his cousin in a house that was under construction when he fell two floors to the basement and broke his hip. His recovery was so slow that the doctors gave up on him and sent him home, presuming that he would be an invalid for the rest of his life. Trickle spent three years in a cast from his waist to his foot. Although he was finally able to walk, he walked with a limp until his dying day.

4. His Nephew Died in a Drive-By Shooting

Trickle’s nephew, Chris Trickle, was also a NASCAR driver and was murdered in an unsolved drive-by shooting in Las Vegas in 1997. Chris Trickle died from his wounds 409 days after the shooting. Trickle’s murder remains unsolved and was featured on America’s Most Wanted.

You’d think with the name Dick Trickle, the suicide would have come by middle school. Better late than never. @stanhopescdp

Minutes after the news broke, Trickle was trending on Twitter. Top tweets were a mixture of news stories, tributes and somewhat wiseass remarks, like the one above. 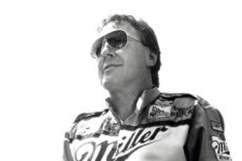 Dick Trickle Photos: The Life of a Racing Legend