The mile-wide tornado registered as an EF5—the very worst a tornado can get—and demolished anything in its path, leaving 24 dead, including nine children. Seven of those children were found drowned in a pool of water underneath the rubble of the elementary school. Little 9-year-old Ja’Nae Hornsby was one of them. 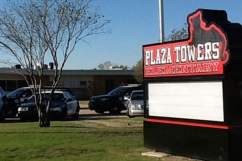 The girl’s father and grandmother told KOCO-TV 5 on Monday night that they were desperately searching for Ja’Nae after the tornado plowed through the school. They said her teacher was pulled from the debris and that they were hoping she was taken to a nearby shelter.

2. Her Father Was Stuck in Traffic on the Way to Pick Her Up

On Monday morning, Ja’Nae’s went off to school at Plaza Towers Elementary while her father, Josua, went to work in Oklahoma City. As soon as he found out the school was directly in the path of the tornado that afternoon, he immediately left work to pick Ja’Nae up, but was stuck in traffic and did not make it in time. By the time he got the school, it was in ruins and survivors were being pulled out of the rubble.

3. Ja’Nae’s Family Learned of Her Death the Next Morning

Members of her family gathered at Baptist church in Oklahoma City to console each other on Tuesday after a night of searching for the little girl. They were informed of the devastating news at 9 a.m. that their little girl’s body was at Oklahoma’s medical examiner’s office.

4. She is Described as a ‘Lovable Little Girl’

Ja’Nae’s father said she was a “vivacious, lovable little girl who loves to play and always has a smile on her face.”

5. The Death Toll May Rise

The death toll may rise as family members spread pictures of their still-missing children.

Susan Pierce, from the Moore Public Schools, expressed her sympathy in an emotional speech Tuesday night.

“I would like to extend my sincere sympathies to all those who have suffered losses,” Pierce said. “Our hearts go out to each of you and please know we are all here with you.” 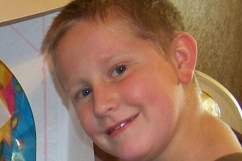