Derege B. Demissie, the lawyer for Robel Phillipos, claimed his client had “no prior knowledge” of the Boston bombings, Demissie was speaking to reporters after his client was released from custody after posting a $100,000 bond, reports WCVB. The attorney added:

Phillipos’ attorneys: At no time did Robel have any prior knowledge of the Boston Marathon bombings #fox25 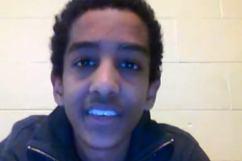 Phillipos is accused of lying to FBI agents during several interviews. He originally denied he was in Dzhokhar Tsarnaev’s dorm room after the Boston bombings with fellow Tsarnaev friends Azamat Tazhayakov and Dias Kadyrbayev. He now claims he slept while his friends disposed of possible key evidence in the case against the Boston bombing suspect.

His bail agreement with court place him under house arrest as well as requiring him to wear an electronic ankle bracelet. 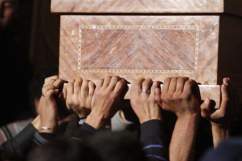