Anthony Alvarez, 63, shot and killed one of his daughters and critically wounded another before turning the gun on himself while his three grandchildren were in the home in Orosi, California early Monday, reports the Los Angeles Times.

Jennifer Kimble, 37, was found dead at the scene after being shot by several bullets, Tulare County Sheriff’s Department said. She was also the mother of the three children in the home at the time, which includes two boys, 13 and 11, and an 8-year-old girl. Valerie Alvarez, 33, was taken to the Fresno hospital where she is critical condition. The women’s father appeared to have died of self-inflicted gunshots.

The little girl called the Sheriff’s Department at 4:39 a.m. to report the shooting. None of the children were harmed.

Kimble worked in the cafeteria of Palm Elementary, just one street over from the house.

“I’m just as surprised as anyone else right now,” said Brenda Lightfoot-Handy, Kimble’s supervisor. “I’m just trying to process this.”

More information has yet to be released by authorities. 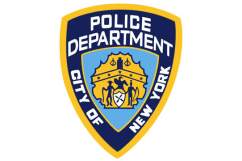 Read More
California, Crime, Shooting, Suicide
Follow Heavy ↓
wpDiscuz
0
0
Would love your thoughts, please comment.x
()
x
| Reply
Anthony Alvarez shot and killed one of his daughters and critically wounded another before killing himself while his three grandchildren were in the home.