Day after House of Commons votes for fag marriage— #GodSentTheMonster to behead a citizen! #TakeTheSign@gaystarnews twitter.com/WBCsigns/statu…

The Westboro Baptist Church is on a role this week. Between sending out offensive hate-filled messages to those grieving in Moore, Oklahoma, they’re now switching their attention to the London machete terror attack.

The haters from Westboro believe that the horrific attack that killed Drummer Lee Rigby was God’s response to the UK’s passing of a gay marriage law on Tuesday. 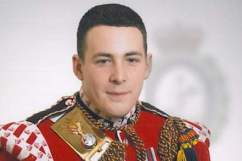 And in keeping with their British theme today, the church responded to a question from comedian Ricky Gervais: