XXXChurch.com‘s name is as provocative as the industry it’s fighting against; pornography. The anti-porn church is a Christian-based organization that raises awareness of the role of pornography in religion and helps men and women overcome their addictions. Here’s what you need to know.

“Our stance is simply this: you want to live a life that is honoring to God? Then start pleasing Him and stop pleasing yourself,” a statement on the organization’s website says. “Stop making excuses and get some control over your life. Yes, it is tough. Yes, we know hormones are raging. However, God is calling us to holiness. Live an extraordinary life. Masturbation will leave you hanging every time! It is a selfish act that pleases no one but you. God created sex to be between a man and his wife. Not a man and his girlfriend and not a man or woman with himself or herself.”

8. Jeremy Steers Those Who Want to Get Out of the Industry to Gross

“There are certain things I don’t like, and having Craig around, putting things in check, or when girls want to get out of the business they might go to him, and a few have, who are actually friends of mine, Jeremy said. A”nd he ministers to them, brings them into the path of righteousness, and I think that’s great.”

9. Jeremy Asked Gross to Pray For Him When He Was in the Hospital

“I said to Craig, this is the exact conversation, ‘Craig, are you free for a couple hours?’ He goes, ‘yeah.’ ‘Are you still close to God?’ He goes, ‘last time I checked.’ ‘Well, I would like you and him to come down to Cedar Sinai Hospital, I’m going through a life-threatening operation,'” he said. 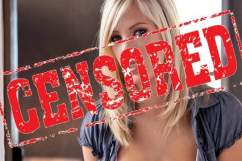 Loading more stories
wpDiscuz
2
0
Would love your thoughts, please comment.x
()
x
| Reply
XXXChurch.com is a Christian-based organization that raises awareness of the role of pornography in religion and helps men and women overcome their addictions.