Aurelia Fedenism, a former employee of the U.S. State Department, leaked an internal memo on Sunday, the contents of which bring her entire former agency into disrepute.

The memo was written by the agency’s chief investigator, and per the New York Post, it outlined multiple cases where senior officials derailed internal investigations.

According to CBS News, the Diplomatic Security Service (DSS) “is the State Department’s security force, charged with protecting the secretary of state and U.S. ambassadors overseas and with investigating any cases of misconduct on the part of the 70,000 State Department employees worldwide.”

But the memo in question – which Fedenism leaked in order to show the media her department’s corruption — proves that they have intentionally failed in that endeavor. Investigations cited in the memo reveal the DSS’ unapologetic betrayl of their mission, manipulating cases in order to protect government employees rather than serve up just desserts.

Among the investigation’s findings were the solicitous sins of Belgian Ambassador Howard Gutman, along with their subsequent cover up by Patrick Kennedy. According to The Daily Mail, an investigating agent “had determined that the ambassador routinely ditched his protective security detail in order to solicit sexual favors from both prostitutes and minor children.”

During the course of the agent’s investigation, though, Patrick Kennedy (son of late Senator Ted Kennedy) repeatedly told him to close the case, before summoning him back to Washington. Gutman’s tenure as Belgian Ambassador might eventually be truncated, but as of this current moment, he still inhabits the post. 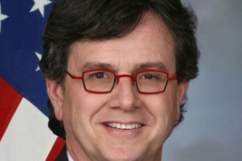 Another high-profile revelation from the memo involves Hillary Clinton — or at least the members of her immediate traveling party. According to The New York Post, the rampant use of hookers within her security detail was deemed “endemic” by investigators, but none of the involved parties were properly punished. Rather, they were issued mere wrist-slaps, either serving one-day suspensions or getting reassigned.

(For her part, Mrs. Clinton was in the dark concerning her team’s naughty vice. After President Obama’s Secret Service was caught engaging in hooker-play, she asked her lead agent whether “similar activities” were going on in her camp. The agent replied with a fictitious “No.”)

Other cover ups revealed in the memo include the case of Brett McGurk, a nominee for Ambassadorship in Iraq, whose candidacy fell apart when a computer hack exposed profane e-mails and an adulterous affair with Wall Street Journal reporter Gina Chon.

According to the memo, the Special Investigations Division never interviewed McGurk because Cheryl Mills from the Secretary’s office intervened. Without McGurk’s testimony, the case was never able to close and he was never duly reprimanded.

The document also brings to light the saga of Chuck Lisenbee, a security officer stationed in Beirut accused of sexually assaulting local guards. Per the New York Post, “a diplomatic security higher-up called [Lisenbee’s] investigation a ‘witch hunt’ and gave agents only three days to look into the charge.”

A criminal case was never pursued against him.

If you’re so inclined, the full report in question can be read here: 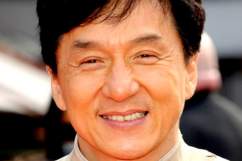 Jackie Chan: US is the ‘Most Corrupt’ Country in the World