A crazed man on board a Newark-bound United 116 flight from Hong Kong has terrified passengers by telling the crew “I poisoned everyone on board,” reports Eyewitness News.

The flight touched down at Newark International Airport at 1:33 p.m. EST.

NOW: Police entering plane on tarmac in Newark w/ passenger who claimed others on plane had been poisoned. pic.twitter.com/57nJTOSACe 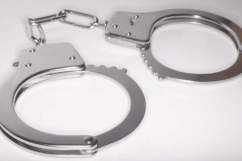 WATCH: Woman Kicked Off Plane for Singing ‘I Will Always Love You’

The Associated Press is now reporting that, according to the FBI, the man stood up and made the announcement to the entire plane. A decision was taken to continue on to Newark.

Officials don’t believe the man and rather think he is “emotionally disturbed.” It is now being reported that passengers on board the flight have restrained the loon:

#BREAKING: Inbound @United flight has passengers restraining man after threat he"poisoned everyone on board." NOW via @kimdillon 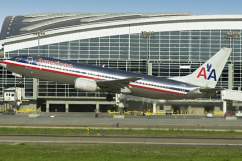 25-Year-Old Woman Dies on Flight from Brazil to Dallas

Loading more stories
wpDiscuz
0
0
Would love your thoughts, please comment.x
()
x
| Reply
A man on board a United Airlines flight from Hong Kong to Newark has claimed he "poisoned everyone on board." Officials believe the man is mentally disturbed.