The city of Detroit, Michigan has filed for bankruptcy, making in the largest municipal bankruptcy claim in U.S. history, reports USA Today. 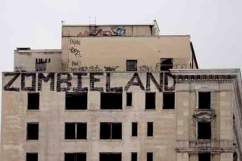 Kevyn Orr, the Emergency Manager of the city, appealed to a federal judge to place Detroit into Chapter 9 bankruptcy.

After the paperwork has been signed by Michigan Governor Rick Snyder and filed, there will be a 30-to 90-day waiting period to determine whether Detroit is eligible for the benefits allowed to municipalities claiming bankruptcy.

Chapter 9 would allow Detroit’s government to renegotiate paying their debt as well as re-write collective bargaining laws, pension packages, and other public expenditures that are deemed unsustainable in the municipalities current economic situation.

3. City Looking For Protection Against Its Debt

Detroit is looking to be protected from the $18.5 billion it owes to creditors and unions.

said, “Pension boards, insurers, it’s clear that if you’re suing us, your response is ‘no.’ We still have other creditors we continue to have meetings with, other stakeholders who are trying to find a solution here, because they recognize that, at the end of the day, we have to have a city that can provide basic services to its 700,000 residents,” said Bill Nowling, spokesperson for Orr.

A sign on a tree in a Detroit neighborhood (Getty Images)

THe emergency manager for Detroit, Kevyn Orr, just released a plan last month that attempted to restructure the city’s debt and pay less to creditors in order to avoid bankruptcy.

5. Unknown if Michigan Govenor Will Sign Off On Bankruptcy

It’s still unknown if Michigan Gov. Rick Snyder will sign off on the bankruptcy, as he is required to do.

The city’s pension funds have already sought protection from the courts. There are currently 30,000 retired city employees that depend on government pensions. The two pension funds ($9.2 billion worth of unfunded pension and retiree health care liabilities) have filed a lawsuit in state court, attempting to prevent the money from being slashed from the budget. Michigan’s constitution explicitly protects public pensions.

Trash is seen lying alongside a street in Detroit (Getty Images)

In the past, municipalities that have applied for bankruptcy, rarely have their cases resolved during the 30-90 period. Case may be allowed to extend past that window if creditors challenge the city’s eligibility for bankruptcy.

The total debt the city faces could be around $20 billion. It’s estimated the city’s population is 700,000.

The words, “God Loves This City” are painted on the front of an abandoned home in Detroit (Getty Images)

Kevyn Orr has said repeatedly that he will continue to negotiate with creditors.

Read More
Breaking News, Detroit, Detroit Bankruptcy, Michigan, Money
wpDiscuz
0
0
Would love your thoughts, please comment.x
()
x
| Reply
Emergency Manager Kevyn Orr has appealed to a federal judge to place the city of Detroit into chapter 9 bankruptcy. It will take 30-90 days for the judge to rule on the request.