Years before Steven Spielberg will even think about making a film about NSA whistleblower Edward Snowden, four amateur Hong Kong filmmakers have beaten him to the punch.

Verax is a hastily made and low-budget masterpiece named after Edward Snowden’s Internet code name. The five-minute film features such marvels as: CIA agents who sit around in a dark office and shuffle papers, the opening sequence of an unmade Ridley Scott Alien movie, and a ludicrous Edward Snowden lookalike.

Also the worst delivered line in film history: “Send this to Washington! Find out what the director wants us to do.” 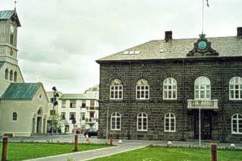