Clint Eastwood and Dina Eastwood have separated after 17 years of marriage.

US Weekly reports that the split was an amicable one and that the two remain close, but have been apart for some time now. In fact, an source says they divorced more than a year ago in June 2012. They have not been photographed together in public since 2011.

Dina, 48, is Clint’s second wife who he wed in 1996. Together they have a 16-year-old daughter, Morgan, while Clint has seven other children from previous relationships.

Dina starred alongside her daughter and step-daughter Francesca Eastwood on the E! reality show Mrs. Eastwood & Company, which followed the family’s day to day life in Carmel-by-the-Sea, California.

In April, TMZ reported that Dina had checked into rehab for depression and anxiety issues. 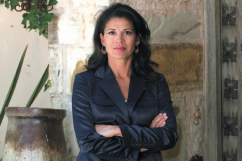 Dina Eastwood in Rehab: 5 Fast Facts You Need to Know

Loading more stories
wpDiscuz
0
0
Would love your thoughts, please comment.x
()
x
| Reply
A source says that the split was an amicable one and that the two remain close, but have been apart for some time now.