A checkpoint leading to the U.S. Embassy in Yemen. (Getty Images)

A U.S. drone strike killed four alleged al-Qaeda militants in Yemen on Tuesday before the State Department ordered the U.S. Embassy there to be evacuated due to the security threat that triggered the shutdown of 19 American diplomatic posts across the Middle East and Africa, reports The Los Angeles Times. 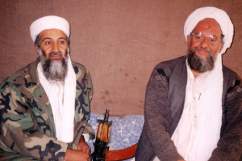 Officials reported that the drone allegedly fired a missile at a car carrying the four men in the al-Arqeen district of Marib province, which set it on fire and killed all of them. One of the men killed is believed to be Saleh Jouti, a senior al-Qaida member.

A statement issued by the U.S. State Department on Tuesday also ordered any Americans to evacuate the county immediately.

“The Department of State ordered the departure of non-emergency U.S. government personnel from Yemen due to the continued potential for terrorist attacks,” the warning said.

The warning comes a day after an intercepted message between al-Qaida chief Ayman al-Zawahri and his deputy in Yemen about plans for a major terror attack. On Monday, Yemeni authorities also released the name of the top 25 al-Qaeda suspects believed to be planning in the capital, Sana’a, and other cities across the country. 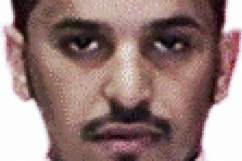 Loading more stories
wpDiscuz
0
0
Would love your thoughts, please comment.x
()
x
| Reply
A U.S. drone strike killed four alleged al-Qaeda militants in Yemen on Tuesday as the State Department ordered all Americans in the U.S. Embassy there to leave the country.