New information reported by the Los Angeles Times shows that James DiMaggio fired at least one shot at the rescue teams and that he was armed with at least one weapon. Reports also say that he was carrying a shoulder holster at the time of the rescue mission.

In a press conference held on Saturday, August 10, Mary Rook, the FBI Special Agent in Charge of the Salt Lake City division, announced that 16-year-old Hannah Anderson had been recovered and that her suspected abductor, James Lee DiMaggio, was dead. You can see that uninformative press conference above.

Here’s the latest information about the mission that killed DiMaggio:

Agents Were Dropped 2.5 Hours Away

More information has emerged from FBI spokesman Jason Pack, who told the AP that rescue teams were dropped by helicopter two and a half hours away from the area where Anderson and DiMaggio were suspected to be camping.

The rescue teams hiked for miles through the wilderness of Idaho, each carrying up to 100 pounds of tactical gear and weapons.

They Surrounded the Camp and Waited Until DiMaggio Left

It is not yet know how long the rescue team waited in the woods around the camp, but once DiMiaggio walked away from Hannah, the agents made their move.

The AP is describing what ensued as a “shootout” that ended with DiMaggio’s demise. The specifics of this gunfight are not known. The San Diego Sheriff said at a press conference on August 10 that FBI teams were sent from Salt Lake City, Portland, San Francisco, and Washington DC to assist in the rescue. You can watch that press conference above.

There is still so much we are awaiting to learn about the altercation that authorities say killed James DiMaggio and rescued Hannah Anderson. Were the suspicions that DiMaggio was carrying explosives true? Was Anderson truly there against her will despite initial eye-witness reports?

The FBI currently has a team dispatched to Idaho in order to determine the answers to these questions. Hannah Anderson was reunited with her father today and he says it is now, “time to heal.” 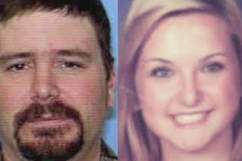