Two more people have been arrested in the alleged kidnapping and murder of 18-year-old high school football player, Kenny Diaz, who was found stabbed in a park on Saturday.

According to NBC, both Ariel Juanita Adams (19) and Gibreal Jama Guled (32) have been arrested and charged with abduction.

People walking through Marumsco Acre Lake Neighborhood Park around 3:15 p.m. on Saturday spotted Kenny Diaz, who had suffered a stab wound. They called 911 and authorities took him to hospital, where he later died of his wounds. 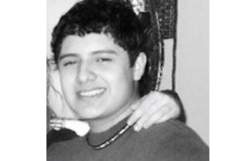 Police have linked the stabbing, according to NBC Washington, to an armed robbery of one of Diaz’s friends on September 12 that went unreported. Authorities connected 19-year-old Diandra Janae Samuels to the robbing.

Prince William County police have arrested four women and two men in connection with the murder of Diaz. The accused include Diandra Janae Samuels (center, bottom row, above), who is implicated in the unreported robbery of one of Diaz’s friends earlier this month. The other people charged in the murder are Dominic Glenn Smith (26), Deneen Antoinette Williams (29), Renee Claytor Caples (22), Teena Marie Gerbozy (24), and Gregory Allan Bonds (22).

Authorities accuse the group of subduing and abducting Diaz after a confrontation between two groups of people at Samuels’ home on Bellona Drive. According to NBC, the group forced him into a car and drove him to the park, where Samuels allegedly stabbed him.

Samuels has been charged with murder, aggravated malicious wounding, abduction, armed robbery, and the use of a firearm during the commission of a felony. Smith was also slapped with charges for abduction and possession of a firearm. The rest of the group was charged with abduction.

Read More
Arrest, Stabbing, Tragedy
Two more people have been arrested in the alleged abduction & murder of 18-year-old Kenny Diaz, who was found stabbed in a park on Saturday.