On September 22, Kim is believed to have walked into the offices of Savenergy in East Garden City, Long Island, and shot two people, killing an employee and wounding CEO John Choi by shooting him in the head.

A massive manhunt, stretching across Long Island and into upstate New York, began in earnest with cops turning up few leads. Kim’s Honda Pilot was found in Putnam County on Thursday. His sister had subsequently claimed he had been mistreated in work and was drinking heavily. She was worried Kim had committed suicide, reports The New York Times. 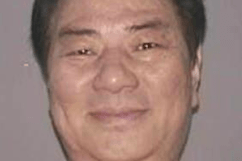