The emails, ranging from July 2004 to December 2011, chronicle the concern the intelligence company had over the Occupy Wall Street movement which began at cities across the country in September 2011. The emails also demonstrate the company’s infiltration of the movement and hint at a large network of informants. 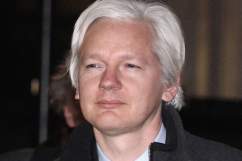 The emails below show messages to and from people with Stratfor.com email addresses. Below, an email from an informant gives the global intelligence company a “heads-up” about Occupy demonstrations in San Francisco.

Below: Stratfor employees compare environmental activists associated with Occupy Austin with Nazis. Later they discuss their “contacts” within the Occupy Austin movement and their evaluation of a militant environmentalist group that is having caused a rift within the movement. Read the whole email thread over at Wikileaks.

And here is one email thread relating from a large 2011 Occupy Wall Street:

What are the motives behind the organization that has been called the “Shadow CIA?” They are reportedly often used as intelligence experts by the government but with limited governmental oversight, it’s hard to know for sure.