Two children and four adults were found shot dead in a home in Greenwood County, South Carolina, last night after a man called cops threatening to hurt himself. A SWAT team responded and made the grisly discovery after trying to make contact for an hour. The suspect has been named locally as Bryan Sweatt.

Here’s what we know about this breaking story. Stay tuned for updates, photos and video.

Victims range in age from 9 to early 50s, a sheriff’s spokesperson told the AP. According to WSPA, the victims were found bound with duct tape. The dead were said to be two females, two males (including the hostage taker), and a boy and a girl, reports WSPA.

The suspected shooter, Bryan Sweatt, 27, is among the dead. He has a prior arrest record, according to WSPA. 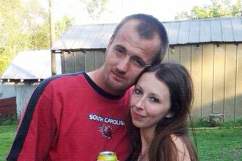 3. The Responding Swat Team Thought it Was a Hostage Situation

Officers who responded to scene spent an hour trying to make contact with someone in the home. Eventually cops raided the house and discovered the horrific scene. Authorities are describing the tragedy as “domestic-related.”

4. Children Who Escaped the Carnage, Made the 911 Call

Reportedly, four children from the address in question arrived at a neighbor’s house as the tragedy was unfolding and reported a shot fired.

Greenwood County, located some 80 miles west of the state capital of Columbia, has about 70,000 residents, 14 percent of whom live below the poverty line, according to the 2010 U.S. Census.