The Secretary General of the United Nations has released a special document pertaining to the UN’s stance on drones and drone warfare. The document, titled “Report of the Special Rapporteur on Extrajudicial, Summary or Arbitrary Executions,” finds that drones are “here to stay,” and that gives the world all the more reason to “ensure a diligent application of these (the UN’s) standards.”

The document sets guidelines for who can be considered an enemy combatant and defines the muddy boundaries of sovereignty in the time of drone strikes. The UN also clarifies the legality of a “transnational non-international armed conflict” similar to the war the United States is currently fighting,

The document, which you can read below, also lays out the downsides of drones, saying:

Armed drones may fall into the hands of non-State actors and may also be hacked by enemies or other entities. In sum, the number of States with capacity to use drones is likely to increase significantly in the near future, underscoring the need for greater consensus on the terms of their use. 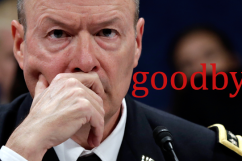