George Zimmerman, the acquitted killer of Trayvon Martin, was arrested and charged with assault and battery today after a domestic disturbance in Apopka, Florida, where he allegedly pointed a shotgun at his girlfriend, broke several of her belongings, shoved her out of the house and barricaded the door.

This after she tried to kick him out of her home, where he has been living since August.

The girlfriend, Samantha Scheibe, tells the dispatcher that Zimmerman is angry that she asked him to leave her home, where he’s been living since August.

She says he has multiple guns in the house, including an AR-15, but he was using his Kel-Tec shotgun to “smash up all her sh*t.”

Back in August, TMZ reported Zimmerman was shopping for that shotgun. It looks like this:

One of the charges is a felony: aggravated assault with a weapon.

Seminole County Sheriff’s officers busted Zimmerman around 1:30 p.m. today after they were called to Topfield Court in Apopka.

Later, at a live press conference, police revealed that Zimmerman’s girlfriend said he pointed a gun at her and pushed her outside.

Apopka is about 25 miles from Sanford, Florida, where Zimmerman shot Trayvon Martin.

Despite rumors to the contrary, the press conference revealed the victim is not pregnant.

Zimmerman is being held without bond in a private cell. Police are seeking a search warrant for the home, which may belong to the girlfriend.

Police say Zimmerman was arrested without resistance, but they saw evidence that he had barricaded the girlfriend from returning inside the home.

In September, Zimmerman was cuffed but not booked in a wild domestic dispute with his estranged wife and her parents. That incident featured another widely distributed 911 call, from his wife, Shellie:

In Shellie’s call, she referenced another woman that Zimmerman brought along to the incident. That woman was later ID’d as Samantha Scheibe. 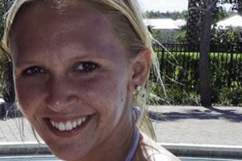 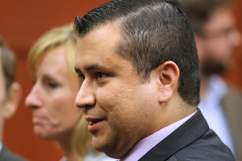 Loading more stories
wpDiscuz
0
0
Would love your thoughts, please comment.x
()
x
| Reply
Zimmerman can't seem to keep himself out of the public eye.