Jose Magana Farias, 42, and his son, Victor Farias, 20, have been arrested in Stockton, California, on kidnapping charges involving Jose’s wife, who is Victor’s mother. But it isn’t that simple, they kidnapped her and performed an exorcism on her after she began acting differently, reports KCRA.

Jose had become estranged from his wife, so he hatched a plan to get her back. Along with his son, he got her to meet them in the parking lot of a Walmart in Stockton. According to reports, she got in Jose’s car of her own free will.

Sheriff’s deputies then believe Jose drove to South Stockton to pick up a priest and then to Bay Point, California, to pick up another man of cloth.

Then at the Farias family home on South Harrison Street in Stockton, the four men performed an exorcism on the woman, dousing her in holy water, reports Fox 40. 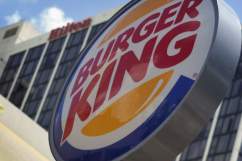 Cops were tipped off about the amateur religious activity by the victim’s roommate. Her husband and son are being held on charges of kidnapping, conspiracy to commit a crime and false imprisonment. The clergy men are not being charged. Jose Farias faces an additional charge in relation to the U.S. Border Patrol, reports Fox 40.

One neighbor of the Farias family said:

That’s just unheard of. He’s a nice guy. He’s a real nice guy. He works every day – six days a week … just don’t expect something like that. 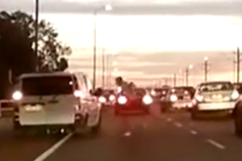