Mikhail Kalashnikov, who invented the iconic assault rifle, the AK-47, has died at the age of 95 in Russia, reports Russia Today.

1. He Was Suffering From Ill-Health For Many Years

His death was announced by the local government where he was in hospital, their statement read: “Today news sad news has arrived that Mikhail Kalashnikov has died after a lengthy illness.” The Russian hero had suffered with heart problems in recent years and had been hospitalized since November 17.

2. He Was a Self-Taught Engineer

He had little formal education but taught himself engineering and how to be mechanic, becoming a tank engineer in the Russian military. He achieved the rank of Lieutenant General in the army.

3. He Had to Defend His Most Famous Creation

He frequently defended his most famous creation, the AK-47, as in the latter part of the 20th century it became synonymous with terrorism and mass shootings.

4. He Thought He Should Have Designed Lawnmowers

There is a museum dedicated to him in Izhevsk, Russia, where his rifles were made. He once remarked that he would rather have designed lawnmowers.

5. His Family Suffered Persecution at the Hands of the Communist Govenrment

Despite being a hero of “Socialist Labor,” his parents suffered at the hands of the Communist government, losing their land and being exiled to Siberian mines. 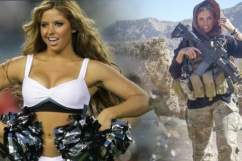