It will be the biggest event in the history of South Africa, the state funeral of Nelson Mandela. The country’s legendary former president is expected to be buried in his Rainbow Nation on December 15, reports The Guardian.

Reports state the icon’s funeral will take place in his home village of Qunu in the Eastern Cape province of South Africa, reports BD Daily. Though no official decisions will be made until the government have consulted with Mandela’s family.

Here’s what you need to know about this iconic event:

1. Flags Will Be at Half Mast Until Madiba is Laid to Rest

A state funeral has been ordered by President Jacob Zuma. The leader of the Rainbow Nation said in a statement:

Our beloved Madiba will be accorded a state funeral. I order that all flags be lowered to half mast from tomorrow 6 December and to remain at half mast till after the funeral as we gather to pay our last respects.

The country will also enter a period of national mourning lasting until Mandela is laid to rest. During the mourning, Mandela’s body will be displayed in state.

A state funeral is standard procedure is protocol in South Africa for former presidents, though the families of apartheid-era presidents, PW Botha and Marais Vilijoen both declined the offer. 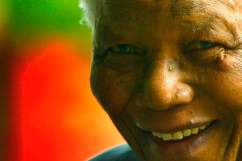 2. The World’s Leaders Will Be on Show

3. South African Logistics Will Be Put to the Test

Pope John Paul II’s funeral in April 2005. The event was one of the biggest diplomatic events of all time, Mandela’s funeral is expected to equal it. (Getty)

The funeral will create a security nightmare for authorities with realistically every South African in the world wanting to attend. A diplomatic source told The Guardian: “He’s the hero of the planet. It’s going to be the biggest state funeral since Winston Churchill, and I think any country would struggle to organize that.”

4. There Has Been a Plan in Place For Some Time

His death “triggers” a set of protocols, reports BD Live.

The final decisions on Mandela’s funeral will be made by his widow, Graca Michel, and his daughters, Makaziwe and Zindzi Mandela, and Zenani Dlamini. 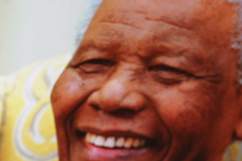 The Westboro Baptist Church have threatened to picket the funeral: 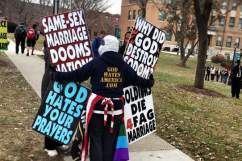