Pitcher Roy Halladay will announce his retirement after 16 seasons, ESPN reported on Monday.

1. Halladay Will Retire With the Blue Jays

Halladay will retire as a member of the Toronto Blue Jays after signing a one-day contract with his former team on Monday. The Blue Jays drafted him out of high school in the first round of the 1995 draft.

Furthermore, Halladay and Roger Clemens are the only two Toronto pitchers with two 20-win seasons.

2. He Spent the Last 4 Seasons With the Phillies

The Blue Jays traded Halladay to the Phillies in December 2009 for three minor league prospects. He signed a three-year, $60 million contract extension with Philadelphia, including a $20 million vesting option for a fourth season.

Halladay won Cy Young awards with the Blue Jays in 2003 and Phillies in 2010.

He is one of only five pitchers to win the award in both the American and National Leagues.

4. He Never Won a World Series

Despite being one of the most dominating pitchers of the modern era, Halladay never won a World Series.

He got close in 2010 as a member of the Phillies, but ultimately came up short against the San Francisco Giants in the National League Championship Series.

5. He’s a Deserving Hall of Famer

Halladay’s impressive resume makes him a deserving Hall of Famer. He became the second player in MLB history to throw a postseason no-hitter, which he accomplished against the Cincinnati Reds in the first game of the 2010 National League Division Series. 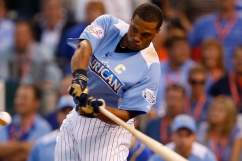