Well this is insane. As the announcer correctly puts it, this is a Dunk Contest dunk, during a game. It came during the Pacers win in the Staples Center against the Clippers tonight, and, just, well, WOW.

Oh and Deadspin have a pretty cool version of the video that’s dubbed with the voice of WWE legend Jim Ross. 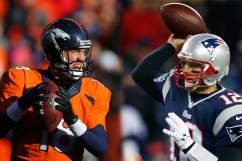