Betting on the Super Bowl is one of America’s great pastimes, and this Sunday will be no different. As the whole country tunes in to watch Peyton and the Broncos battle Wilson and the Seahawks, there will be a whole lot of money changing hands as the world prepares to bet on the outcome, the MVP and the novelties.

And just so you know, the Broncos are favorites everywhere you look.

Depending on whom you like for what, we’ve got you covered with the best places to get the best odds.

Betting on the Winner

If you’re a meat-and-potatoes kind of gambler and you’re just looking for odds on who is going to claim the Vince Lombardi trophy.

If you like the Broncos: You want to head straight to William Hill, where you can get the best odds of 5/6 on the Broncos to win. A dollar bet wins you 83 cents. (On the same site, a cheeky dollar bet on the Seahawks wins you $1.05.)

If you like the Seahawks: BetFair is giving decimal odds of 2.12 for Seattle, a dollar winning you $1.14. Also good for Seahawks is sports betting staple site Paddy Power, which will offer 11/10 for a Seattle win — a dollar bet there wins you $1.10. 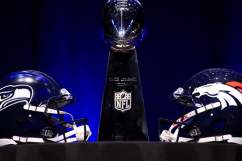 Betting on the Spread

Spread betting is as American as apple pie, and the Vegas oddsmakers are on top of it, favoring the Broncos at 2.5 points over the Seahawks. According to Grantland, this will be only the fifth Super Bowl to have a spread at less than a field goal.

Odds with Paddy Power on this bet have the Broncos at 20/21, earning you .95 cents for your dollar. 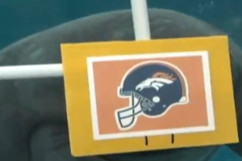 The Best Odds if You Think Peyton Will Win: The out-and-out favorite to win the honor is Broncos QB Peyton Manning, and he’s at 11/10 at all major betting websites, including Bovada.

The Best Odds For Marshawn Lynch to Win:

Seeing as it’s Super Bowl Sunday, you may be feeling adventurous, Marshawn Lynch is a very inviting 15/4 at Bovada and 4/1 at Paddy Power, but the place to go for betting on Lynch is Ladbrokes. The British bookmakers are putting Lynch a 5/1 to win.

The Best Odds if You Think Russell Wilson Will Win:

At Paddy Power and Ladbrokes, PP has Seahawks QB Russell Wilson as second favorite at 5/2 with Ladbrokes in at 3/1, so the same odds more-or-less that Bovada are offering on Marshawn Lynch.

Paddy Power is also offering an interesting line on the subject of MVP, betting the position, the most outrageous of which is TE (tight end), which is being offered at 30/1.

Will Marshawn Lynch be MVP? (Getty)

Betfair is running an extensive book on the scoring in the game. One thing that that’s interesting is the last touchdown bet, which has Marshawn Lynch at decimal odds of 6.8 — a $2 bet wins you $9.60 — and the next favorite for the last TD is Demaryius Thomas at 11/1 on Betfair. The site offers similar 2/1 odds on which will be the highest scoring half. When if comes to the highest scoring quarter, the first is the favorite at decimal odds of 5.8, the second 2.62, the third 5.5 and the fourth 2.8.

Meanwhile over on Ladbrokes, you can get a 9/2 special on Chad Johnson’s 40-yard dash time to be broken. A dollar bet there wins you $4.50.

There’s nothing like a good novelty bet, and thankfully Paddy Power hasn’t let us down on this one. The best ones revolve around Bruno Mars and his halftime show. Beginning with, how many songs will he sing? The favorite being “four or more” at 5/4, but more tempting is two songs at 4/1.

There’s also “What will Bruno Mars be wearing on his head during the half time show?” A fedora is the favorite at 4/6, with “nothing” looking tempting at 9/2.

Straying from Mars, there’s “Will any of the Red Hot Chili Peppers be shirtless during the halftime show?” With the favorite being “no” at 4/7, while “yes” is 5/4. PP also has “Which coach will be shown first post kick-off?” at a 50/50 dead heat. Though if you think that Archie Manning will be shown before John Elway after the kick-off, then head straight to Paddy Power for odds of 11/10! 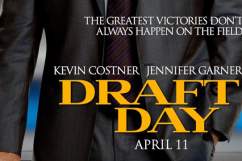