Barkley picked the president’s brain on a number of issues, including LeBron vs. Jordan, the always controversial Obamacare and the launch of “My Brother’s Keeper,” a new initiative to help young minority men.

Check it out above. 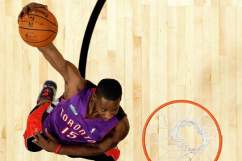