Syracuse has lost two straight following a 25-0 start to the 2013-14 college basketball season.

After falling as a heavy favorite to Boston College on Wednesday, the Orange dropped a 66-60 decision to Duke at Cameron Indoor on Saturday night.

Jim Boeheim doesn’t like losing, and his frustration boiled over late in the second half against the Blue Devils.

The long-time ‘Cuse coach lost his cool when the refs called a charge on C.J. Fair with 10 seconds left in the game. Trailing 60-58 at the time, the controversial call — along with the ensuing technical fouls — thwarted any chance of an Orange comeback. 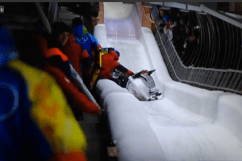